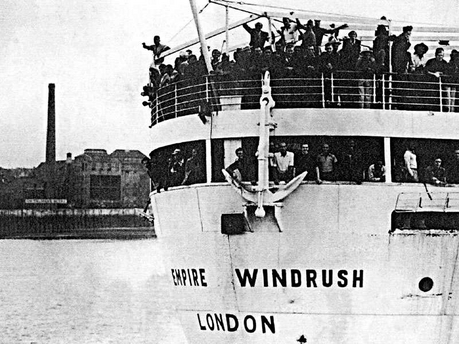 On May 27, 1948, the Empire Windrush sailed from Jamaica for Trinidad before setting its sights on England, the colonial ‘motherland.’ Almost a month later, on June 22, the former troop-carrying steamship made its way up the Thames and docked at Tilbury in London. Four hundred and ninety-two official passengers (and several stowaways) disembarked, taking their first steps towards what they hoped would be a brighter future.

The Windrush was not the only ship to arrive in Britain with Caribbean immigrants after the Second World War, but being the first, it was given the lion’s share of the publicity at the time.

Not a Bed of Roses

The arrival of this first wave of West Indian immigrants marked the first wave of large-scale immigration in Britain’s post-war drive to recruit labour from the Commonwealth to cover employment shortages in state-run services. Hundreds Jamaicans responded to newspaper advertisements for available berths aboard the Windrush to sail to England, but the colonial administration at the time tried to warn them that Britain was unlikely to be the bed of roses they perhaps envisioned. A government statement, published in The Gleaner on May, 1948, warned that ‘the prospects of employment in England for unskilled labourers are very slight.’ Yet, undaunted, nearly 400 people paid their £28 for the passage and made their way into the unknown. Copies of the actual passenger lists can be viewed here.