Yesterday, February 29, marked the beginning of World Salt Awareness Week, which will end on March 6. The observance serves to highlight the importance of reducing salt intake in all populations throughout the world. The week is an initiative of World Action on Salt and Health (WASH), a UK-based organisation established in 2005 with the mission to improve the health of populations throughout the world by achieving a gradual reduction in salt intake. 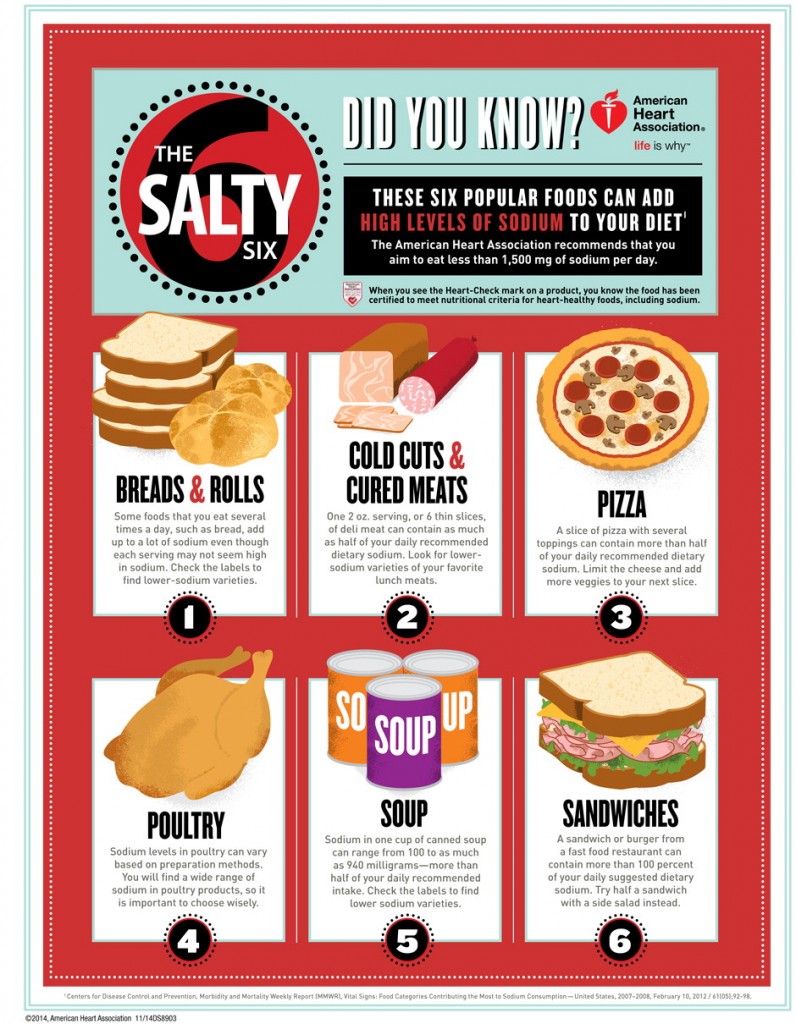 The focus for this year’s World Salt Awareness Week is on hidden salt. Many foods, particularly processed items, contain a lot of salt, even if they don’t necessarily taste salty, such as pastas, breads and cereals. According to the American Heart Association, more than 75 per cent of the sodium in the average American diet comes from salt added to processed foods. In addition to our local processed foods, Jamaica imports a lot of processed foods from overseas, so this is something we need to pay attention to. Manufacturers use salt to preserve foods and modify flavour, and it is included in the additives that affect the texture or colour of these processed foods. As consumers, we must read the labels and choose foods with low salt content as much as possible. WASH also calls on food companies to provide consumers with low salt options.

Why too much salt is bad for you

Small amounts of salt are essential for our health as it contains sodium, a mineral that helps to maintain healthy fluid balance, and contributes to proper muscle contraction and nerve impulse conduction. It also aids in the processes of digestion and absorption. Constant consumption of excess salt can lead to a host of health problems, increasing the risk or exacerbating the symptoms of hypertension (high blood pressure), stomach cancer, osteoporosis, obesity, kidney stones, kidney disease and vascular dementia as a result of strokes.

Hypertension is one of the leading causes of morbidity in Jamaican and is a risk factor for heart and kidney diseases as well as stroke. Over the past 10 years, the prevalence of hypertension has increased by about two per cent in the 15-34 age group, and five per cent in the 65 and older category (Burden of Hypertension Report by Dr Rainford Wilks). More than 470,000 women were affected by hypertension in 2014, while men totalled about 400,000. Since 2005, the rate of increase in the number of people affected is close to three per cent for women and about two per cent for men.

Salt and your health – Facts and figures