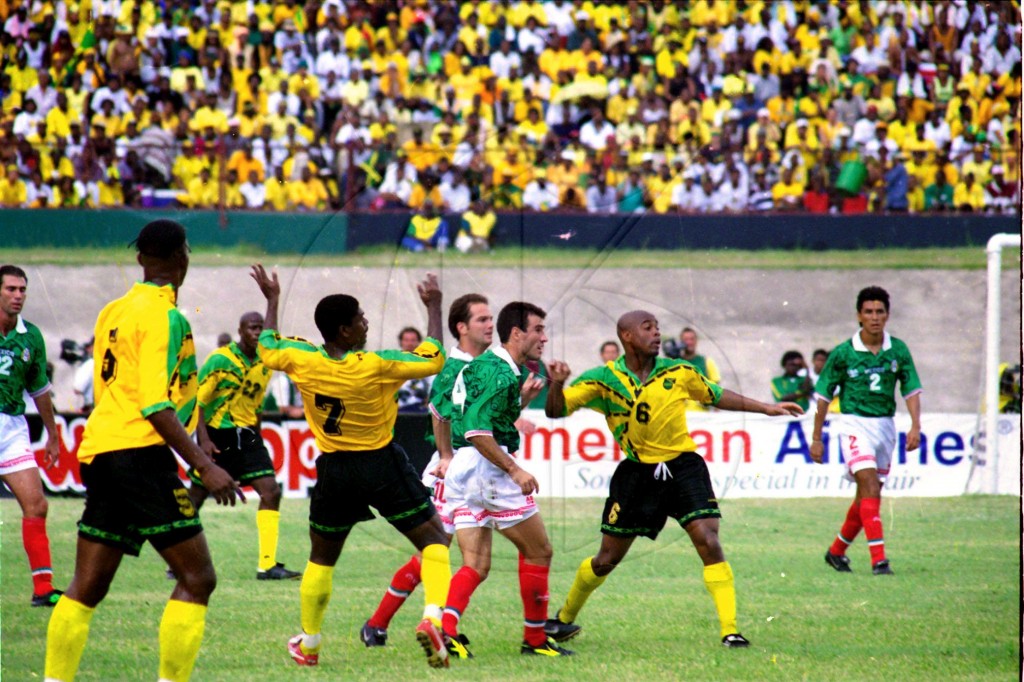 The current crop of Reggae Boyz  has struggled to record victories in their quest for a berth at the 2014 World Cup in Rio de Janeiro, Brazil and the latest news out of the camp is that embattled coach, Theodore ‘Tappa’ Whitmore, has been axed. Whitmore, the midfield maestro in our iconic 1998 Road to France campaign, has certainly not been able to recreate the magic in his coaching stint.

This Wordless Wednesday, we look back at happier times as the nation qualified for its first trip to the World Cup on November 17, 1997. When the final whistle sounded in the National Stadium (nicknamed ‘The Office’), declaring the end of a 0-0 draw against perennial rivals Mexico, wild celebrations broke out on the field, in the stands and across Jamaica. Then-Prime Minister PJ Patterson was so overjoyed he immediately declared a national holiday for the next day. 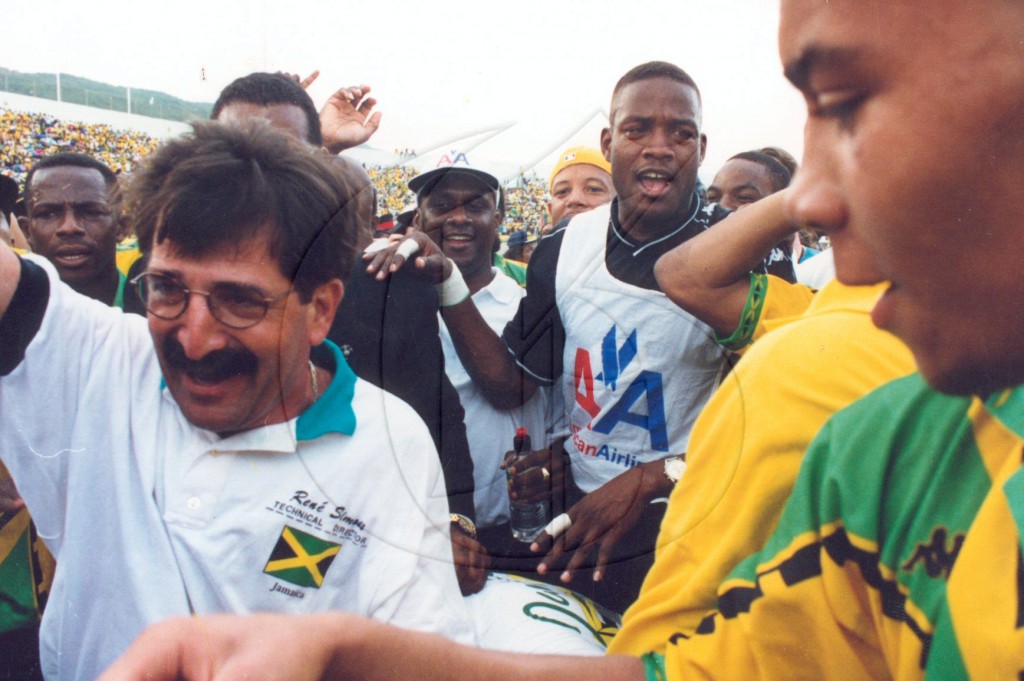 In France, the Reggae Boyz, led by Brazilian coach René Simões, faced a tough group including Japan, Croatia and Argentina, but managed to get on the scorecard in their very first match through Robbie Earle. Whitmore scored twice in our final game, a 2-1 win over bottom-placed Japan.

Can you believe it has been almost 16  years since that proud moment? Do you remember the match and how did you celebrate? Share with us in the comments below or on Facebook or Twitter.