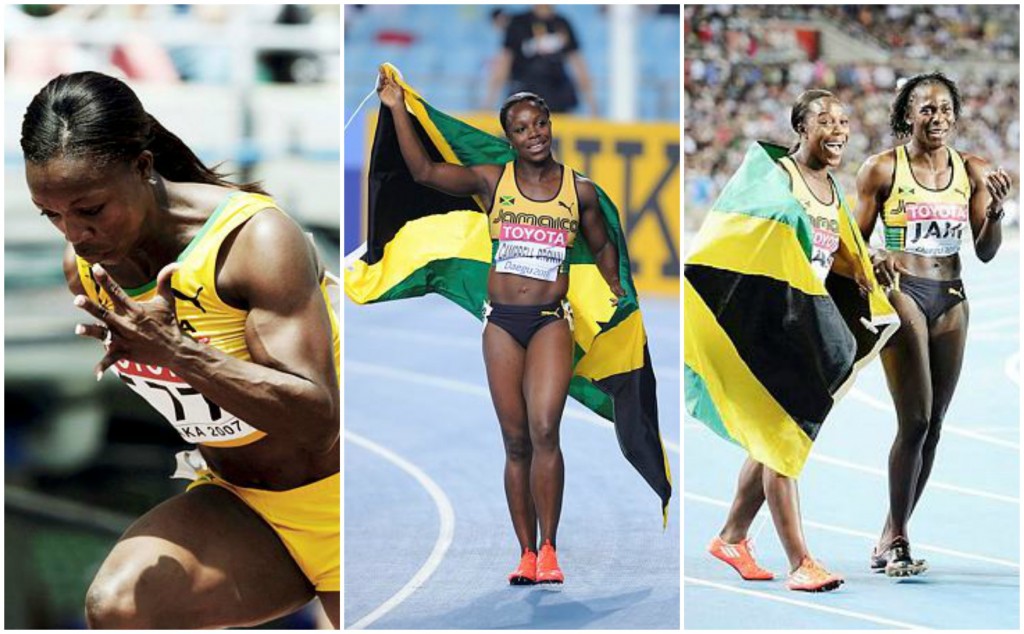 The name Veronica Campbell-Brown is synonymous with athletics excellence in Jamaica, and she is certainly one of the best female sprinters the world has ever seen. Her prodigious talent was honed at ‘Champs,’ where she starred for Vere Technical High School, and she has gone on to win various Olympic and World Championships titles, both indoor and outdoor. A true competitor, it is unwise to count her out of the medals once she lines up in the finals, as her legendary top end speed has propelled her to glory on many occasions.

Unfortunately, she wasn’t so lucky in the recent 100m finals at the Beijing World Champs, where she finished fourth. However, she still has a shot at gold in the upcoming 200m and the 4x100m relay. Here’s a look at her World Champs record:

2005 – Helsinki, Finland: Coming off her Olympic 200m and 4x100m victories, Campbell again stood on the medal podium as she collected two silver medals in the 100m and 4x100m relay (with Daniele Browning, Aleen Bailey and Sherone Simpson).

2007 – Osaka, Japan: It took a photo finish to separate Campbell-Brown from American Lauryn Williams at the finish line, but in the end, it was the Jamaican who claimed the 100m gold medal, even though they both clocked 11.01 seconds. She followed this up with a silver medal behind Allyson Felix (USA) and another silver in the 4x100m relay (with Sherri-Ann Brooks, Kerron Stewart and Simone Facey) behind the Americans, where her blistering anchor leg brought Jamaica within touching distance of the gold.

2009 – Berlin, Germany: The previous year had been bittersweet, as Campbell-Brown failed to make the 100m team to the 2008 Beijing Olympics. While she had defended her 200m title, that was her only medal as the 4x100m relay team failed to get the baton around. She also left Berlin with one medal, earning another silver in the 200m, as she finished fourth in the 100m and didn’t participate in the 4x100m relay.

2011 – Daegu, South Korea: Campbell-Brown entered these championships as the favourite to take the sprint double, but fell to American Carmelita Jeter in the 100m, where she finished with a silver medal. However, turned the tables in the 200m final, beating both Jeter and Felix to claim her first title in this event. She finished with three medals as she joined the 4x100m relay team to claim silver.