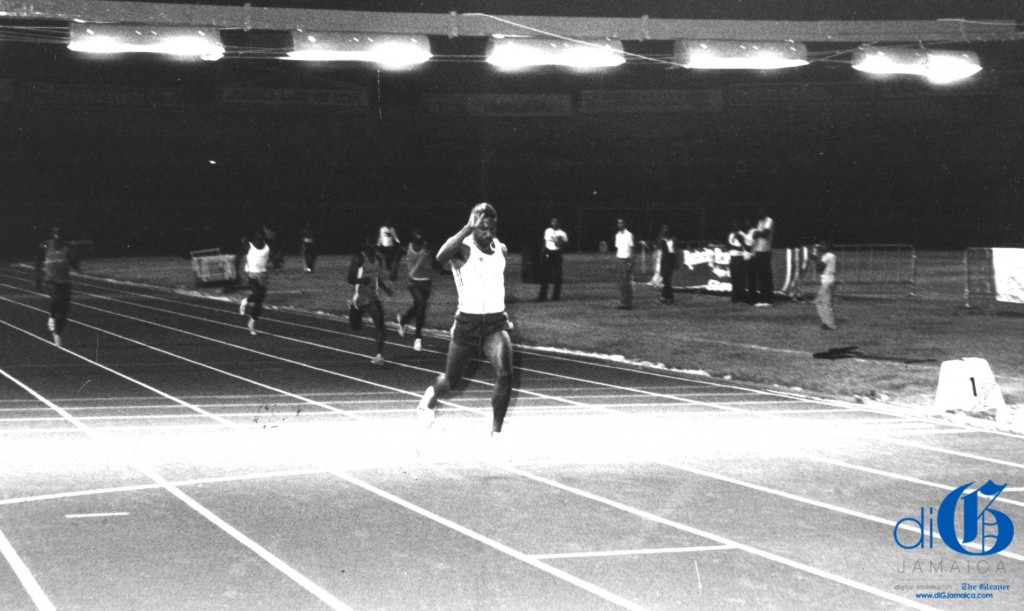 In the photo above, 23-year-old Bertland Cameron, the world number one quarter-miler, celebrates winning the 400m final at the National Athletics Championships at the National Stadium on Saturday, July 30, 1983.

A little over a week later, the St Jago High School alum would write his name permanently in the history books as the first Jamaican to medal at the World Championships in Athletics. In the inaugural staging of the meet in Helsink, Finland, Cameron clocked 45.05 seconds to win gold. He was the only Jamaican to make it to the podium that year and he remains Jamaica’s only gold medallist – male or female – over the one lap event at the World Championships.

He is now the founder and head coach of the Cameron Blazers training camp, specialising in his pet event, the 400m.