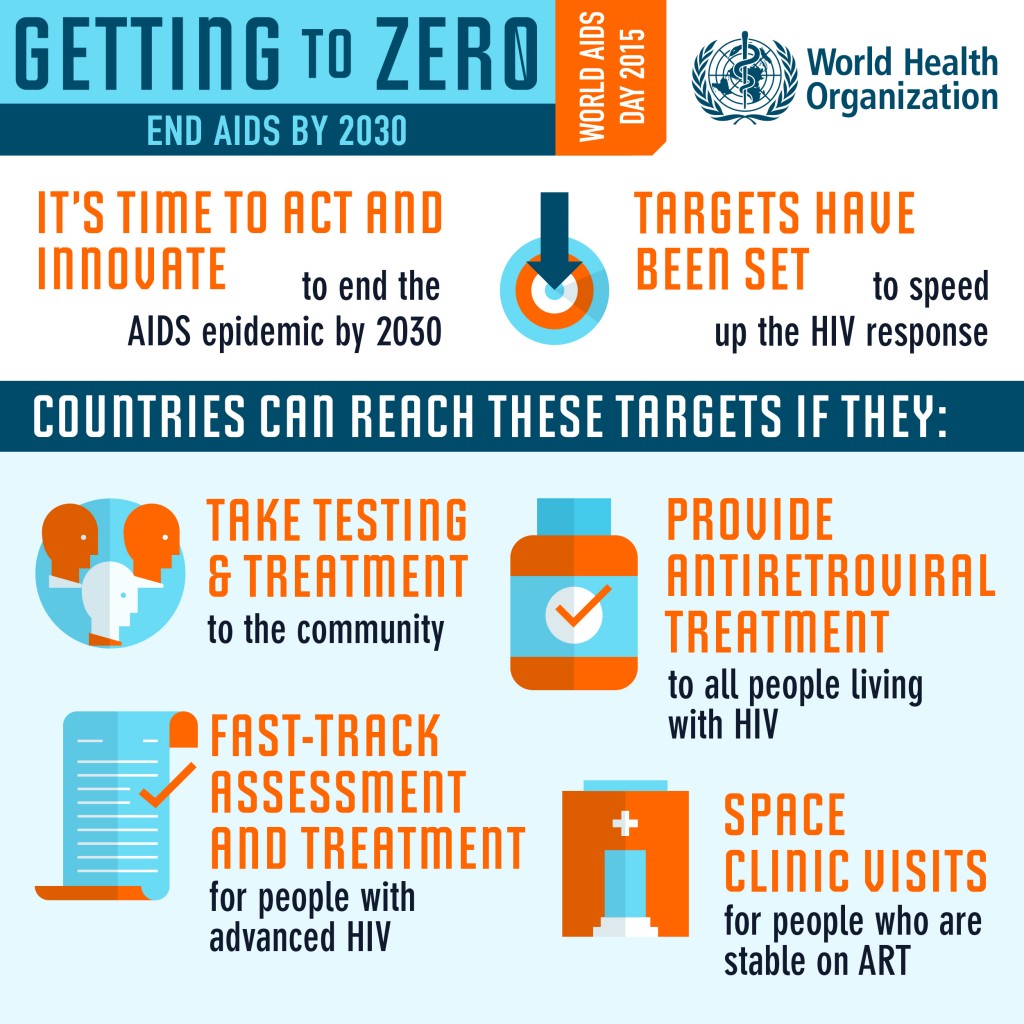 December 1 is observed annually as World AIDS Day. This year’s theme is ‘Getting to Zero.’ World AIDS Day was launched in 1988 to raise awareness of the HIV/AIDS epidemic, to encourage support for people living with the disease, and to remember those who had died.

AIDS is a chronic, potentially life-threatening condition caused by the human immunodeficiency virus (HIV). By damaging your immune system, HIV interferes with your body’s ability to fight the organisms that cause disease.

Countries around the world have committed to meeting the Sustainable Development Goal of ending the AIDS epidemic by 2030, and according to the World Health Organization (WHO), “the world has come a long way since 2000, achieving the global target of halting and reversing the spread of HIV.”

Below are some key facts about the pandemic, courtesy of the WHO:

Regionally, here are some stats from the Joint United Nations Programme on HIV/AIDS (UNAIDS) and AVERT.org: