Truly, greatness is upon us. That is the cry of those who are lucky enough to witness the phenomenon that is Usain Bolt in the prime of his athletic life. Once upon a time, Jamaica was most frequently associated with Bob Marley and reggae music. Not so for this generation. Utter the word Jamaica, and images of a tall, lanky youth, lightning speed and Olympic glory waken.

Usain Bolt is the new face of Jamaica. His accomplishments – his records as the fastest man in the 100m and 200m sprints, and the only person to have won Olympic gold in both events at three consecutive Olympics – have become so renowned globally, they have equalled – if not eclipsed – those of predecessors as ingrained in history as Bob Marley and Marcus Garvey. His story is not just one of personal triumph. It is a tale of excellence that stands as an example to every Jamaican. What can a nation accomplish by sheer force of willpower; coupled with consistent, determined application of discipline to body and mind?

Up, up, you mighty race. Accomplish what you will. – Marcus Garvey, Jamaica’s first National Hero

Usain must have been hearing Marcus Garvey’s immortal words as he traversed the course of his life. There are many facts about his life that could have become excuses for an obscure, unremarkable existence … if he had allowed them to. But he didn’t. He strove and rose and conquered – again and again. Let’s use his life story to inspire ourselves, and reprogramme our minds for greatness. Here are 10 excuses Usain didn’t make … that you and I shouldn’t make either. 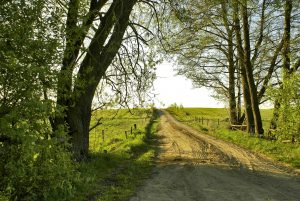 “I come from a rural area.”

Some people use rural upbringing as an excuse for everything they do not know, do not own, have not seen and have not achieved. Their being from ‘country’ becomes the equivalent of not getting a good enough start in life to ever hope for big success. Usain hailed from Sherwood Content in Trelawny. Who ever heard of Sherwood Content before Usain came on the scene? Now, Sherwood Content is known globally as a starting point of athletic genius (- and a great place to source ‘magic’ yam, LOL). What if Usain had decided to let the fact that he came from a small rural district in deep rural somewhere stop him from going after greatness? What would the world be missing today? Can any great thing come out of Sherwood Content? Sure has! Can any great thing come out of your obscure, unknown neck of the woods? Sure can! 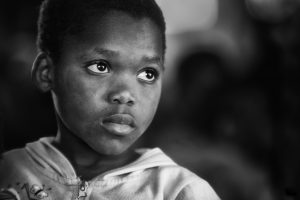 “I come from a poor background.”

Financial challenges are very real, and we are in no way downplaying the importance of money to almost every transaction in life. Make no mistake about it: money matters. But how often have we forfeited opportunities on the basis that we do not have (and will not have) the money? How many times have we allowed the absence of dollars in our pocket to defeat and undermine our talent, skill, fight and determination? Usain’s parents gave him the same start most Jamaican children get. He went to William Knibb Memorial High School. He ran at Boys and Girls’ Champs. At one point in his early days, he was running barefooted. He is one of us. If he could use an average background as the propeller to being astounding, so can we. Why aren’t we? 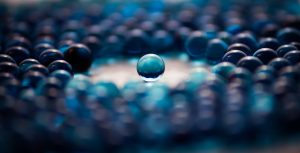 “I look too different.”

The average 100m runner is 5’7″. Usain bucked that trend with his towering 6’5″ frame. But that very unique frame – those unusually long legs – have lit him a path straight into the history books, and the hearts of people all over the world. Ever noticed Usain at the lineup of a race? He is head and shoulders above his competitors. It almost looks a little awkward. He just doesn’t have the build of the average sprinter. He looks very different. He stands out – a lot. It could become a point of discomfort and unconfidence. Could. Except that when that gun sounds, and Usain decimates a field of competitors, nobody remembers how abnormally tall he is for sprint events … well, maybe only the competition. 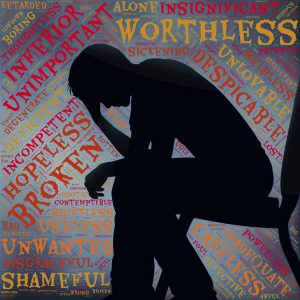 Remember that 100m false start at the Daegu World Championships in 2011 ? Remember how incensed people were at Usain’s failure, and how quickly their admiration turned to ire and very curt dismissal? Then there was the kissing the cross gesture that got some Jamaicans so … um … cross? And the multiplicity of critics who came of the woodwork when he decided to do a little dancing at the London 2012 Olympics after winning triple gold? Usain has been criticised for his height, his speech, his toes, his quirky mannerisms, his girlfriends … the list goes on and on. All of this could have culminated into massive depression and a shrinking back on his part. But no. Instead of hiding from his critics, Usain keeps shining and doing better – even after failure. The best revenge is big success, they say. If that’s the case, then he sure showed them. Take his example and prove your critics wrong! 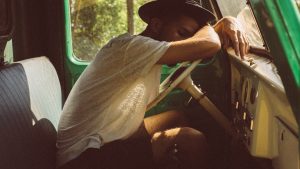 We’ve all said this before: I’m too tired. It’s too hard. It’s taking too long … . Training for track and field is not easy, especially when you have the hopes, dreams and very high expectations of an entire nation placed on your shoulders. Usain has been carrying the weight of Jamaican expectation and pride for at least 12 years. His life is constantly under a microscope and his schedule and training is hectic, meticulous and strenuous. We’re sure it’s all very tiring. And think back to the early days – before stardom – he had to develop the discipline to train consistently, not knowing if he would ever reap the rewards … tiring stuff. Coach Glen Mills will tell you that the rewards Usain reaps today are the result of years of consistent, tiring hard work. What are you working for? Are you feeling tired?Don’t quit. You’ll reap your rewards too.