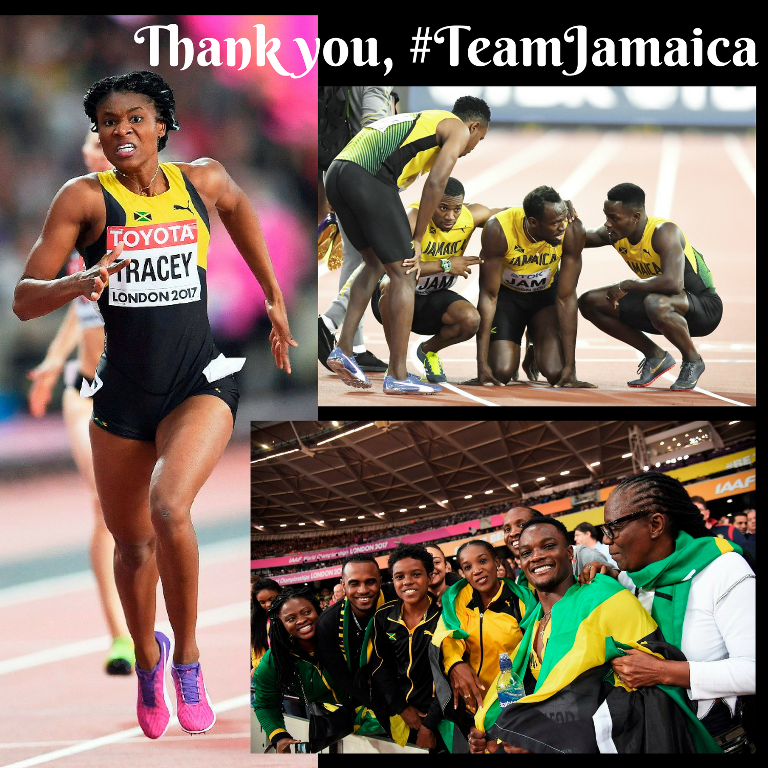 The 2017 World Championships in London, England, have finally come to an end, and not a moment too soon. To understate the obvious, things did not go well for Team Jamaica at this meet. At all. In fact, everything that could’ve gone wrong, did. Usain Bolt got injured in his very last race, after having to settle for bronze in his final individual outing. Elaine Thompson just wasn’t herself in the women’s 100m final and didn’t even medal. Another of our heroes, Novlene Williams-Mills, who is also hanging up her spikes, lost the chance to leave London with a medal as Anneisha McLaughlin-Whilby went down on the second leg of the women’s 4x400m relay, amidst news of a physical altercation between two teammates earlier in the day. At the bitter end, Jamaica finished with just four medals—one gold and three bronze, our second lowest total ever, last achieved in 1987.

There are just no words for how ‘salt’ this whole event has been. Nerves on the team and among concerned fans are frayed, and everyone is trying to figure out what was the catalyst for all of this ‘crosses.’ Whatever it was, I certainly hope things can be ironed out in time for the Commonwealth Games next year, as we have to get on with the business of rebuilding a formidable team.

In the meantime, I’ve decided to look among the wreckage for some good news, because a few things did go right. Here goes:

I want to close by saying thank you to all our athletes, every single one. Thank you for working hard and making the sacrifices to represent our little country on the world stage. It’s not easy, and we know it. Things didn’t go as well as we’d have wanted, but brush yourselves off, get some rest as the season winds down, and come back refreshed and ready to take on the 2018 season.