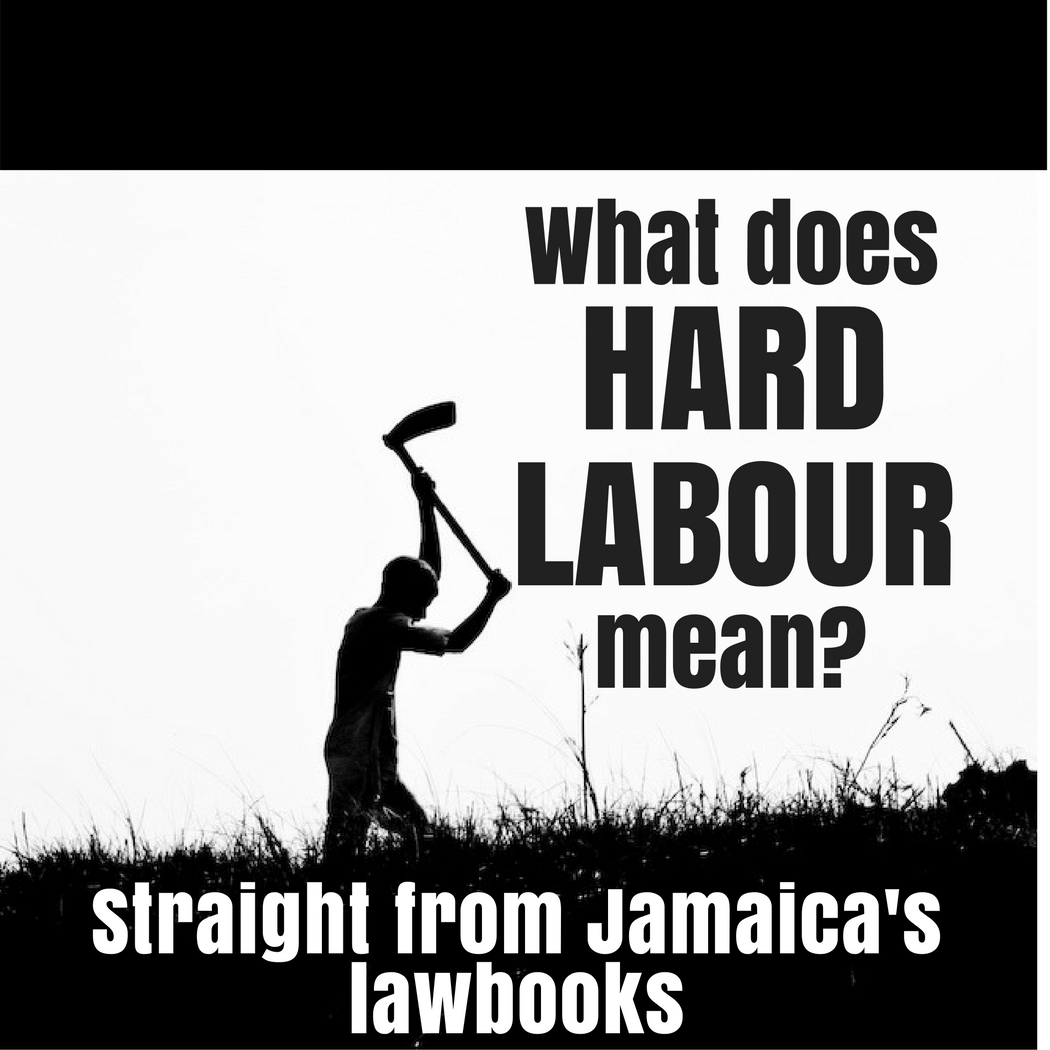 You may have seen or heard of an accused person being sentenced to ‘hard labour’ by a judge in a courtroom setting. But, as is often the case, you may not have ever stopped to query what that means. In a practical sense, what is this ‘hard labour’ to which Jamaican prisoners are sentenced? What are they required to do; where do they go to do it; and who determines that this labour they are engaging in is ‘hard’ enough to fit the crime they have been accused of?

Below, we have found the passage in Jamaica’s laws speaking specifically to how ‘hard labour’ is administered in Jamaica’s correctional facilities.

Employment
153.4 (1) Every inmate sentenced to imprisonment at hard labour shall, unless excused by the medical officer on medical grounds, be employed on such class of labour specified in rule 154 as the Superintendent may direct.
(2) No inmate shall be employed on any class of labour unless he has been certified by the medical officer as fit for that class of labour.
(3) No inmate required to work in an adult correctional centre shall be employed for more than eight hours a day, and arrangements shall, so far as practicable, be made for every inmate to work for at least six hours outside his cell.

154. Labour shall be divided into the following classes: 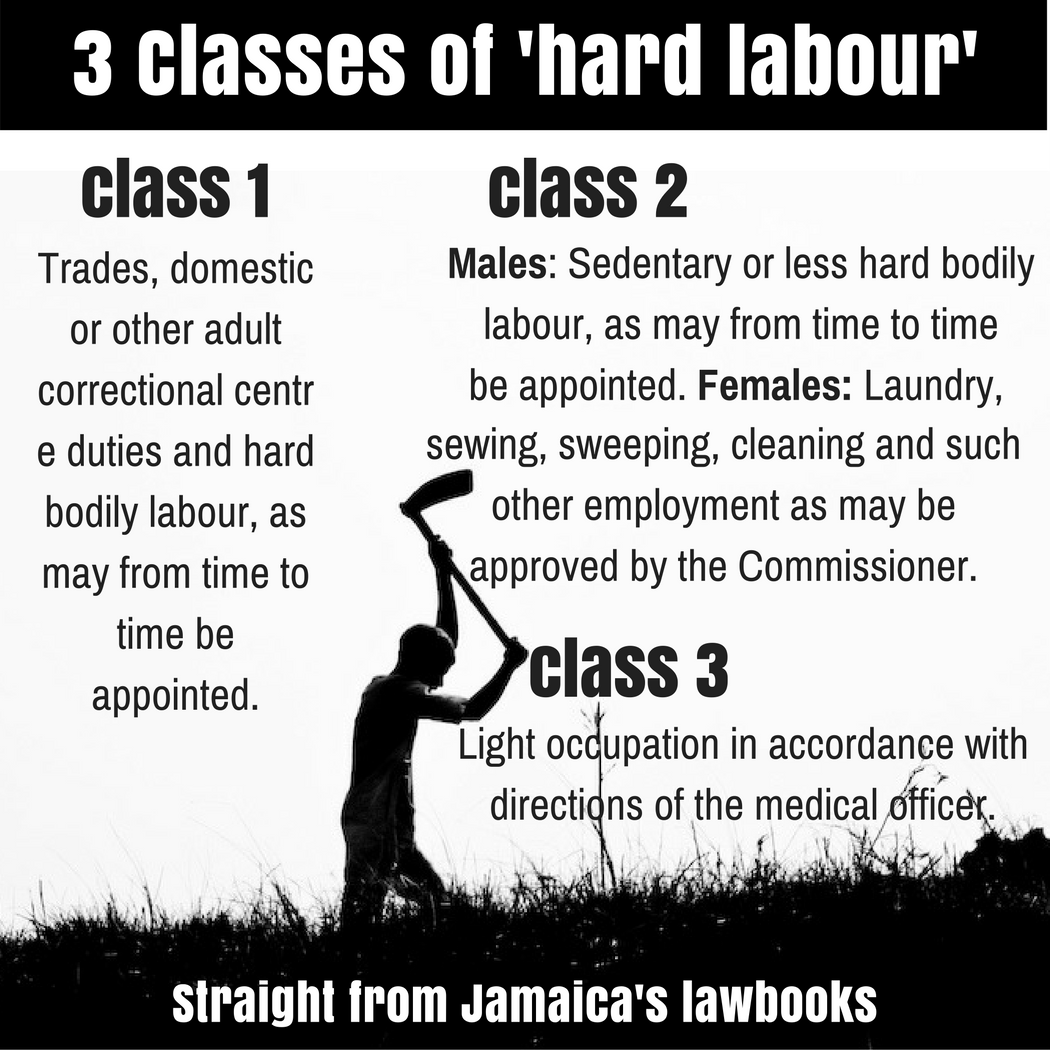 156. Arrangements shall be made for the avoidance of all unnecessary work by inmates on public holidays, and by inmates of the Christian Religion on Sunday, Christmas Day, and Good Friday, and by inmates of other religions on their recognized days of religious observance.

157. (1) The Superintendent may, where he considers it desirable for the maintenance of good order or discipline or in the interests of an inmate. direct that such inmate shall, for such time as he thinks fit, be employed in his cell and not in association with other inmates.
(2) Any direction made in accordance with the provisions of paragraph (1) shall be revoked if the medical officer so advises.

In a news article with RJR News, Commissioner of Jamaica’s Department of Corrections, Ina Turner, shed light on the types of work inmates may be required to do as hard labour:

“She cited the St Catherine Adult Correctional Centre where inmates  make uniforms for their colleagues and staff  members, bake bread, provide sanitation and maintenance services as well as repair motor vehicles. Hunter explained that at the Tamarind Farm Facility, inmates refurbished a dormitory and participated in construction projects. She also disclosed that callaloo grown by inmates plus eggs from the chicken farm are served weekly at the institutions.”