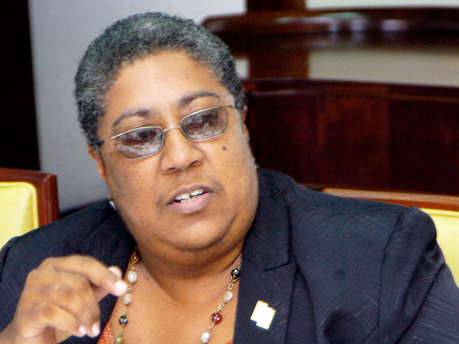 On August 19, popular US magazine Sports Illustrated published an article on the standard of drug testing in Jamaica. Perhaps the allegations would have been easily dismissed by local track loyalists, but the source of the article gave many pause: it was written by former Jamaica Anti-Doping Commission (JADCO) boss, Renee Anne Shirley.

Shirley highlighted a number of inefficiencies and gaps in JADCO’s operations. For instance, she stated that only 179 tests were administered in 2012, with only one out-of-competition test carried out before the London Olympics. Naturally, this has created a veritable firestorm, as Shirley’s revelations have given critics of Jamaica’s recent winning streak in athletics something to ‘substantiate’ their claims that we are up to no good. The fact that a total of eight senior athletes in three sporting disciplines have tested positive for banned substances in recent months doesn’t help, either. Certainly, things are looking ‘sticky’ and sport fans are justifiably concerned.

While many are content to question Shirley’s motives for these unflattering revelations, JADCO’s challenges are not exactly news. They have been highlighted and lamented in the local media by Shirley herself, prior to the end of her brief stint at the helm. The Gleaner even wrote this editorial in early August, urging JADCO to be more transparent and cooperative. Her latest revelation, this time to UK paper The Telegraph that the commission has “never carried out a blood test” comes a day after another British paper, The Guardian, ran a scathing editorial on JADCO’s seemingly unperturbed reaction to the swirling chaos, as the World Anti-Doping Agency, WADA, was informed that the commission “could not accommodate” their proposed “extraordinary audit” until 2014. Just one day before, it was revealed in The Gleaner that WADA had actually been invited to Jamaica by the Prime Minister herself. There seems to be a breakdown in communication somewhere, certainly.

While Jamaican track and field fans anxiously await some clarity in this matter, let us take a closer look at JADCO and what it was created to do.

According to the commission’s page on the Office of the Prime Minister’s website:

The Jamaica Anti-Doping Commission (JADCO) was formally established with the passage of the Anti-Doping in Sport Act, 2008 as the national anti-doping organisation.

JADCO’s mandate is to foster a doping-free environment in Jamaica that promotes the ethics and spirit of sport and deters the use of banned doping practices in sport through education, testing, advocacy and programme coordination.

While JADCO’s primary role is to regularly test national athletes to ensure compliance, public education is central to the implementation of JADCO’s programme.

Following Shirley’s SI article, JADCO responded in The Gleaner, noting that  several initiatives have been undertaken since February 2012 to secure the full independence of JADCO. These steps include:

Another part of JADCO’s mandate is public education. The commission launched it’s official campaign in August 2009. It has since started the second phase of the programme, using popular music to convey its messages under the theme, ‘We Don’t Need Dope to Cope.’ This phase also features leading entertainers and athletes.

Other efforts include visits to high schools, colleges and sporting associations across the island, where JADCO officials conducted workshops and information sessions. Other pre-competition sessions have been conducted with athletes such as netballers, swimmers, cricketers and juniors. At each workshop and session, participants are given pocket-sized guides outlining prohibited substances.  JADCO has also produced several online documents and newsletters, including True Spirit, a lifestyle e-magazine.

See below a list of Jamaican athletes who have tested positive for banned substances over the years: