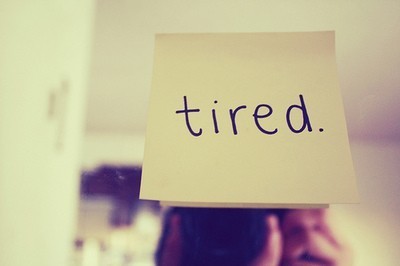 You’ve probably never heard of this disorder before. Chronic Fatigue Syndrome (CFS), also called myalgic encephalomyelitis, occurs when the body experiences extreme fatigue that cannot be explained by any underlying medical condition, and is not alleviated by rest or sleep. People with CFS are tired all the time, no matter how much rest they get, and they don’t know why.

CFS functions like a double-edged sword. It can be exacerbated by physical or mental activity, but is not assisted by rest. So the condition really only has varying degrees of feeling tired. There is also no clear test to identify this condition. It is, therefore, difficult to diagnose, and often diagnosis is done by a process of elimination. Essentially, tests are done to rule out other medical conditions, and then if the symptoms do not fit any other condition, a diagnosis is made.

According to the Mayo Clinic, there are eight official symptoms of CFS:

The Center for Disease Control and Prevention estimates that more than one million persons in the United States have CFS. In the United Kingdom, an estimated 250,000 persons have been diagnosed with the disease. While we do not have the figures for Jamaica and the Caribbean, we do know that anyone can get the disorder, and it is more common in women than men.