Want to compare vote margins in 2016 to those of 2011’s general election? Have a look at the table below: 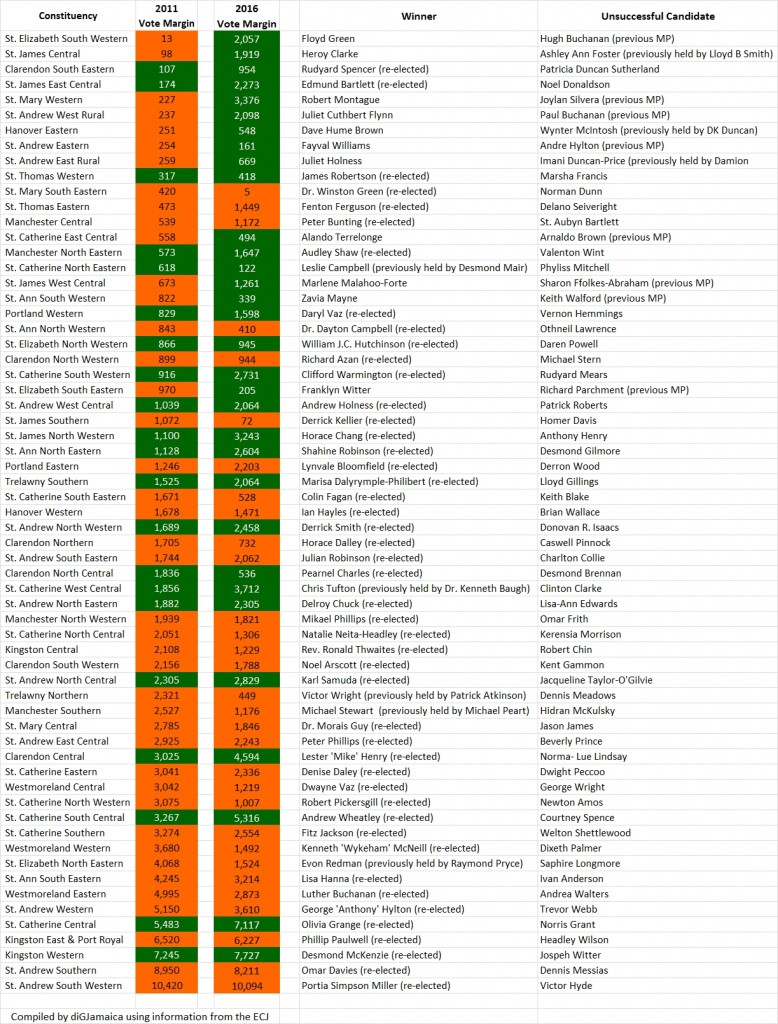 The table is ordered by 2011 vote margin and shows:

From the table above, it is interesting to note that in 2016:

To get a better sense of the margins, it is important to look more closely at the table below: 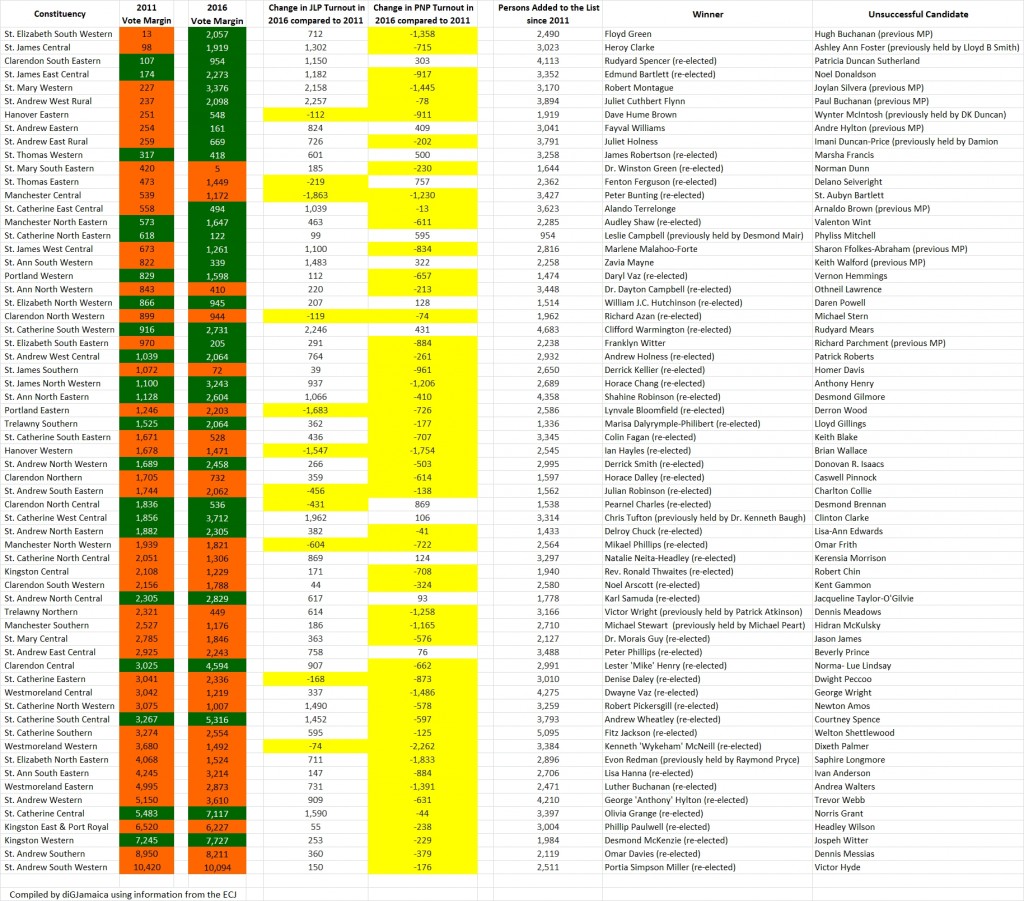 The table is sorted by 2011 vote margin and shows:

As seen in our Numbers to Watch in the 2016 Election post,  there were 43 constituencies where the new voters exceeded the 2011 vote margin. A closer look at the turnout and margins indicates that while new voters may have played a role, it is not clear what role they played given the significant changes in turnout by party (in 2016 compared to 2011).  In some cases, new voter numbers alone cannot account for the 2016 vote margins.

As mentioned in our Election Turnout by Percentage: 1962-2016 post, the 2016 election had a historically low voter turnout at 47.72%. Going forward, changes in the number of voters registered, as well as in voter turnout, will have a significant impact on the outcome of any electoral process. Due to the plethora of factors at play, it will become increasingly difficult for seats to be labelled as marginal or safe.

For all our election related data posts, see A Deeper Look At Election Data.

To download the Excel file for the tables above, click 2016 and 2011 vote margins and change in turnout.