Dwayne Vaz of the People’s National Party (PNP) replaced the late Roger Clarke as Member of Parliament for the central Westmoreland constituency yesterday with a 2,452-vote victory over the Jamaica Labour Party’s (JLP) Faye Reid Jacobs. The PNP has only lost this seat once in general elections since 1959, when it was created.

Learn more about the history of voting in the central Westmoreland constituency between 1959 and now in the infographic below. 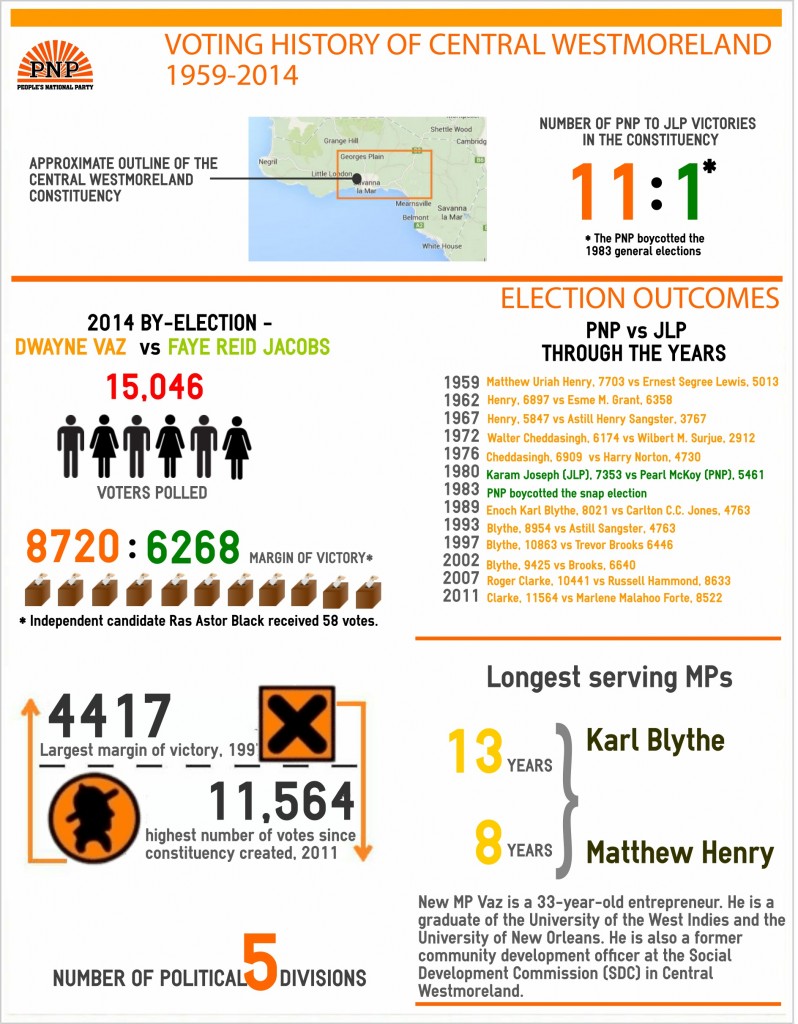