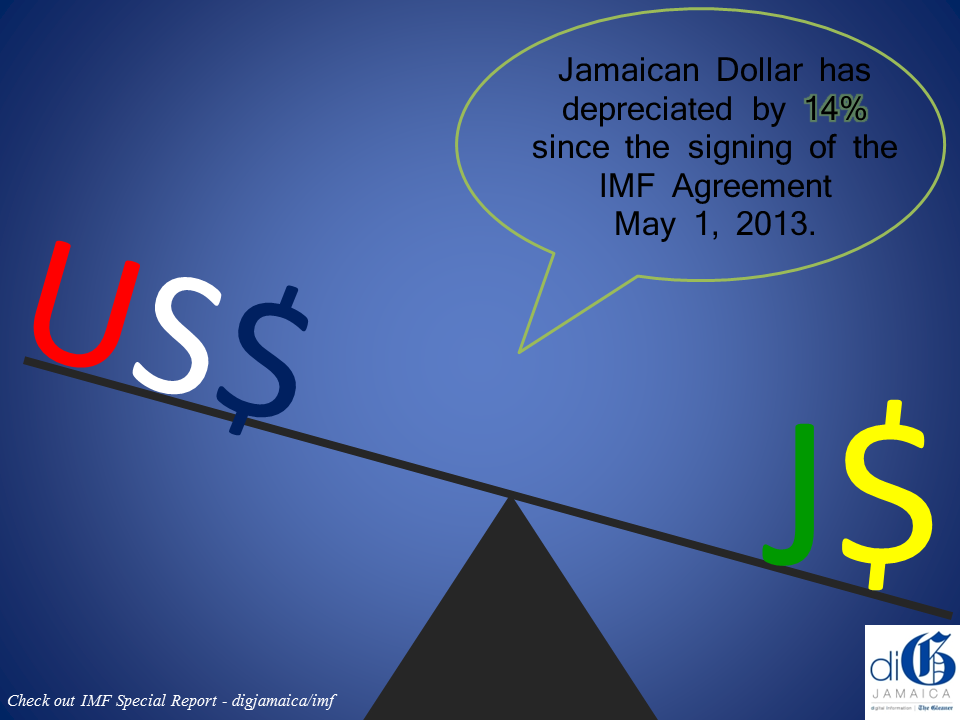 The decline represents a 14% depreciation in the selling rate since the approval of the IMF Agreement on May 1, 2013, when the Jamaican dollar traded for an average J$99.33 to US$1.

**diGgers please note that the scale on the left and right hand side of the chart does not start at zero, this helps to magnify the changes.