It’s election day. Want to know how many people voted for the PNP and JLP the last time, and how many could possibly turn out today? See the table below: 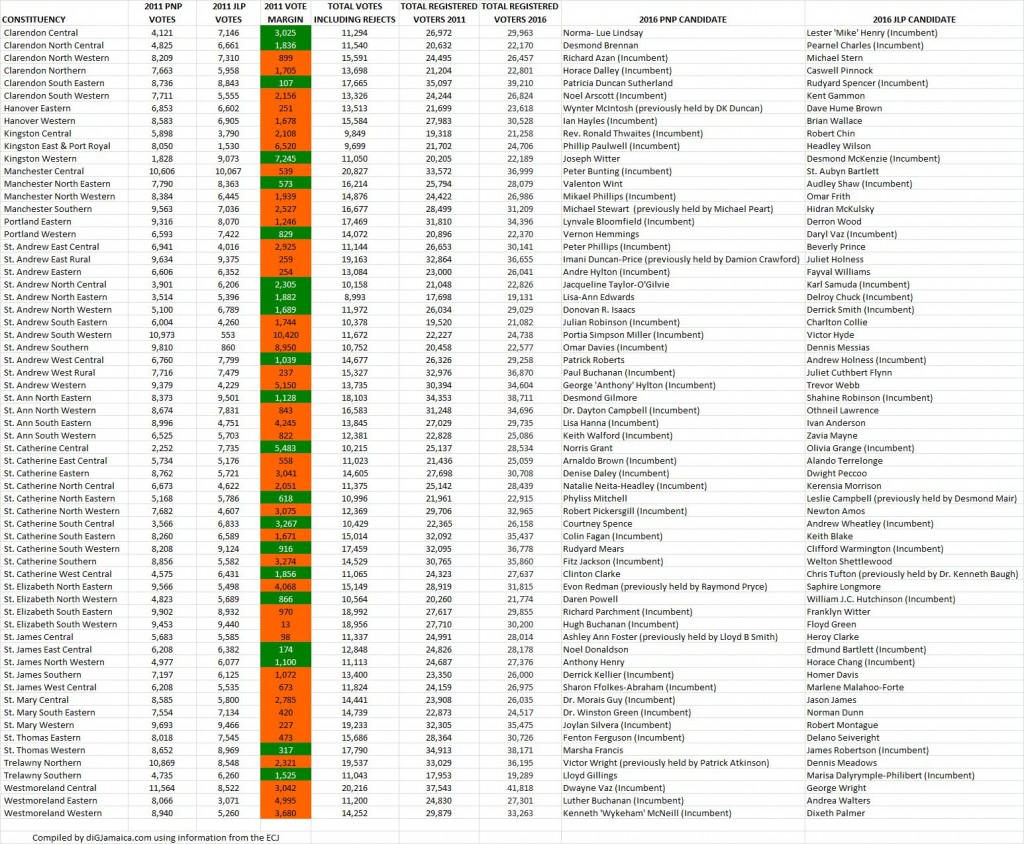 The table shows the following:

The 2011 vote margin is highlighted in the color of the party that won that seat in 2011 and the table is sorted alphabetically by constituency name.