In this post we take a look at the vote margins by constituency for Jamaica’s last three general elections – 2002, 2007 and 2011. Note that the colour of the box indicates the party that won the seat in that year.  The tables below are sorted by 2011 vote margin.

3 constituencies had no election data for 2002 and 2007 due to the boundary revision process undertaken by the ECJ for the 2011 election. The number of constituencies was increased from 60 to 63. Note:  Many changes were made across the country in this revision process.  To read about all the changes made prior to the 2011 election, click Report to Parliament-Boundaries Revision January 2010.

45 constituencies remained with one party or the other in these three elections.  However, there are noticeable fluctuations in the voter margin in each of these elections. 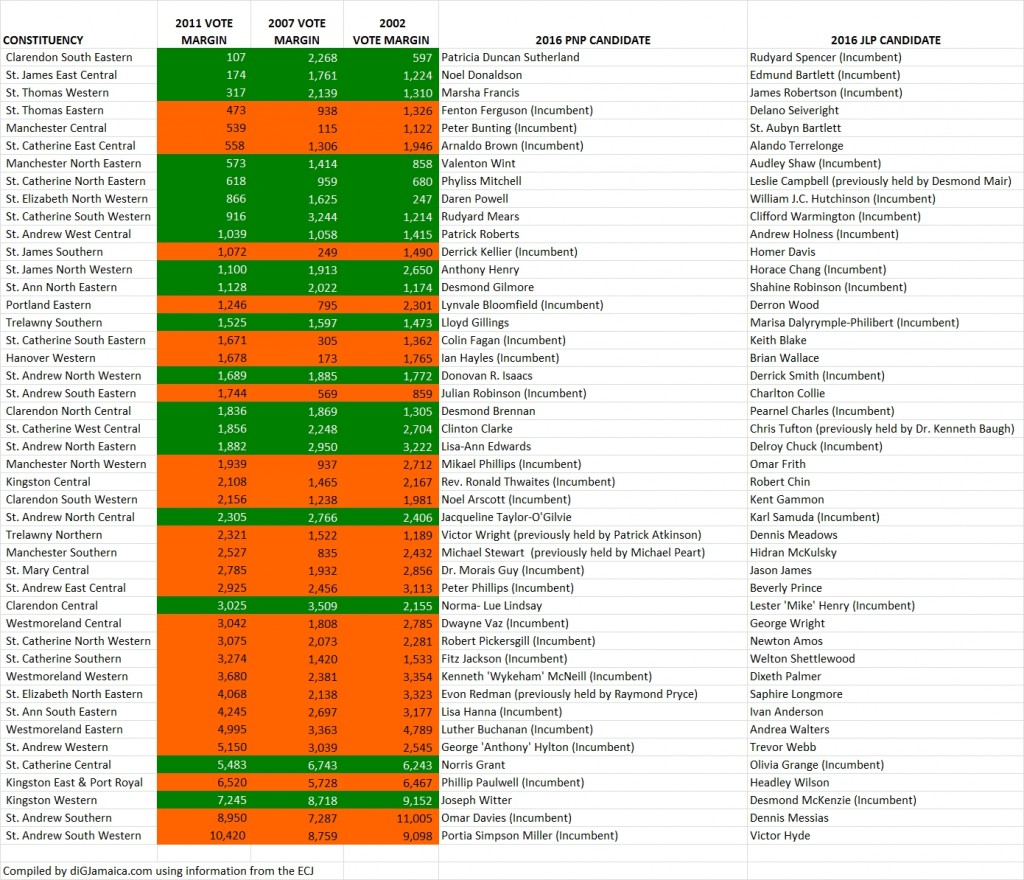 See the full table, with margins in each constituency for the last three elections below. The table is sorted in alphabetical order by constituency name. 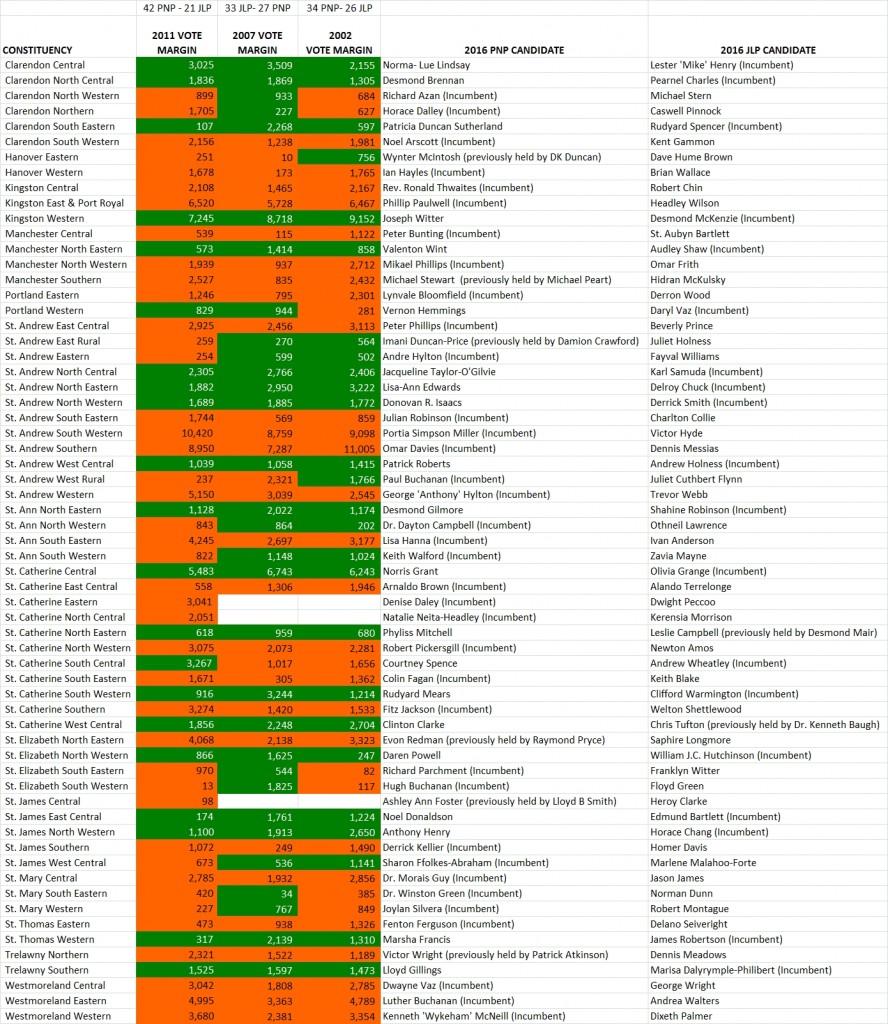