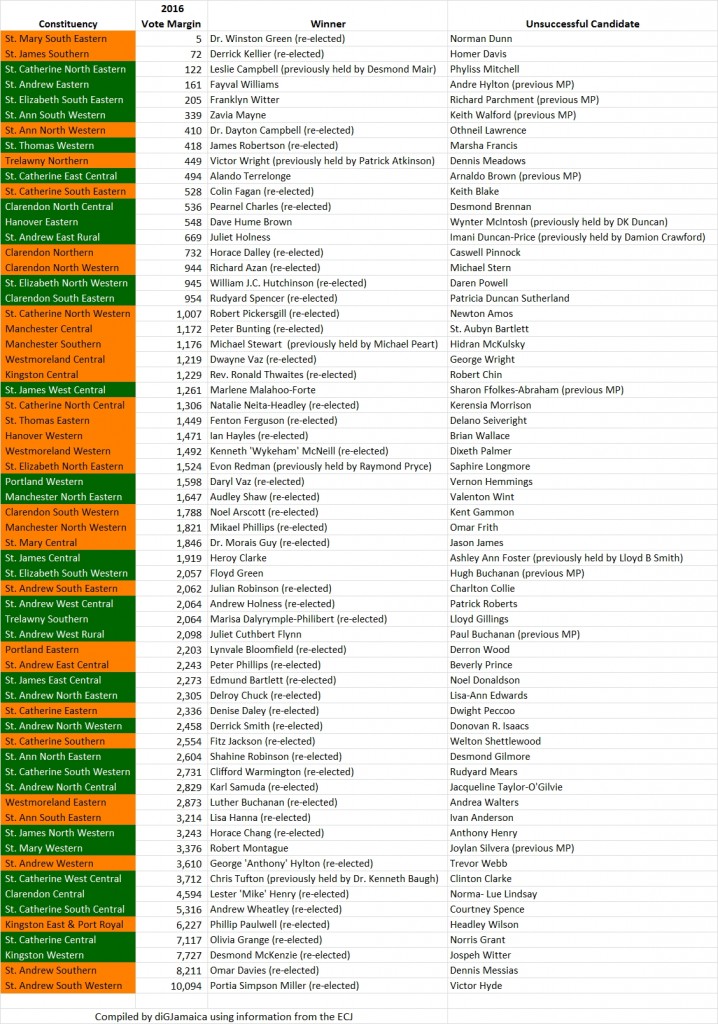 The table is ordered by seat margin, from smallest to largest. This is the first in a series of posts on the 2016 election results, so be sure to stay tuned for more analysis of the 2016 election.

To recap all our election analysis thus far, see A Deeper Look At Election Data, which includes posts on the vote margins in 2011.

NOTE- Disclaimer from the ECJ:

The unofficial 2016 General Election results displayed here are those submitted by Returning Officers following the final count in each constituency. The ballots in the constituency of St. James Southern are currently undergoing a magisterial recount, which means that a change is likely to be reflected in the results for that constituency. Official results will be posted on this website once the recount is complete and all final checks have been done by the Electoral Office.

To see the data as made available from the ECJ, click 2016 General Election Final Summary Results (Draft 2).