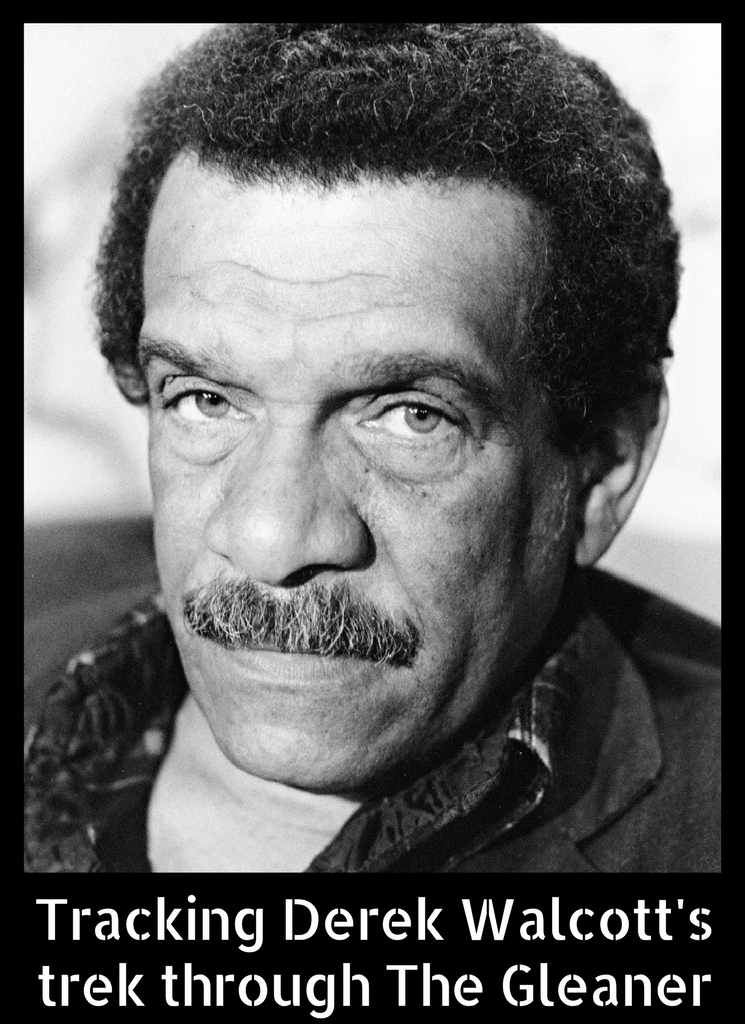 On Friday, March 17, 2017, the Caribbean lost one of its most decorated and gifted literary gems. Derek Walcott, poet, playwright, son of St Lucia and Nobel Laureate, passed away. The accolades have been pouring out from around the world as international literary circles acknowledge the profound impact Walcott’s work has had on their individual and collective lives. According to one Gleaner article, Walcott wanted to “create literature true to West Indian life”. After more than six decades of sterling contributions to the Caribbean literary landscape, he surpassed this humble goal, adding so much to the richness of Caribbean poetic expression that in 1992, he was awarded the Nobel Prize for Literature.

In honour of the amazing life Sir Derek has lived, we’re tracking his appearances in The Gleaner from the very early days when he came to Jamaica to attend the then University College of the West Indies, picking out some of the choicest stories depicting his avid involvement in Caribbean literature and arts.

An article titled ‘Verse Play by Derek Walcott’ reads: “In the BBC’s Caribbean Voices tomorrow, listeners will hear the most ambitious production in the history of the programme. It is a verse play by Derek Walcott entitled ‘Henry Dernier’, which sees its first appearance in the broadcast.” At the time, Walcott was a student at the University College of the West Indies studying in the Arts, and a mere 21 years old.

In a letter to the editor about her viewing of Derek Walcott’s play, ‘Ione’ (he would have been 27 years old at the time), Margery Foster-Davis wrote: “Derek Walcott is a young writer who has read much and, apparently, experienced much. His play might have been called ‘The Wages of Sin is Death’, for this idea is carried to its completely tragic limit, with no seeds left for a possible redemption. The curtain falls on the devil, through Theresine, declaring that man will never change. This is a depressing philosophy, but one not unusual in a young and serious poet.” And further down: “Derek Walcott’s is a voice we must attend to: The poet is the prophet. We cannot afford to ignore what he sees. … Derek Walcott and the Federation Players can do a great deal to bring us face to face with ourselves. They deserve respect and support.”

Derek Walcott was listed as one of several lecturers featured at the St Ann Literary & Debating Society Drama Training Course, where he presented on West Indian theatre. Others present were Ivy Baxter, whose lecture, illustrated by Eryck Darby, was on mime and movement. 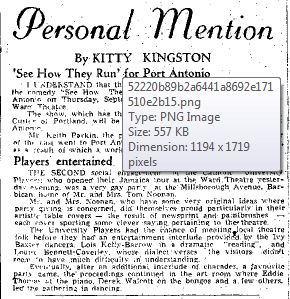 In ‘Personal Mention’ by ‘Kitty Kingston’, it is said that members of the Catholic University Players, who opened their Jamaica tour at the Ward Theatre, were hosted by a Mr and Mrs Noonen. The evening’s attendees/performers included Louise Bennett-Coverley, the Ivy Baxter dancers, and Lois Kelly-Barrow. They played charades and ended the evening’s party with dancing to music by Eddie Thomas on the piano, and “Derek Walcott on the bongos”, among others.

A Gleaner St Lucia correspondent reported that Walcott, as well as his twin brother Roderick, both members of the St Lucia Arts Guild, would be part of a team presenting plays in Trinidad’s concert hall in July of the same year. The plays by Walcott and his brother were making debut presentations.

Here are links to stories and obituaries from around the world: