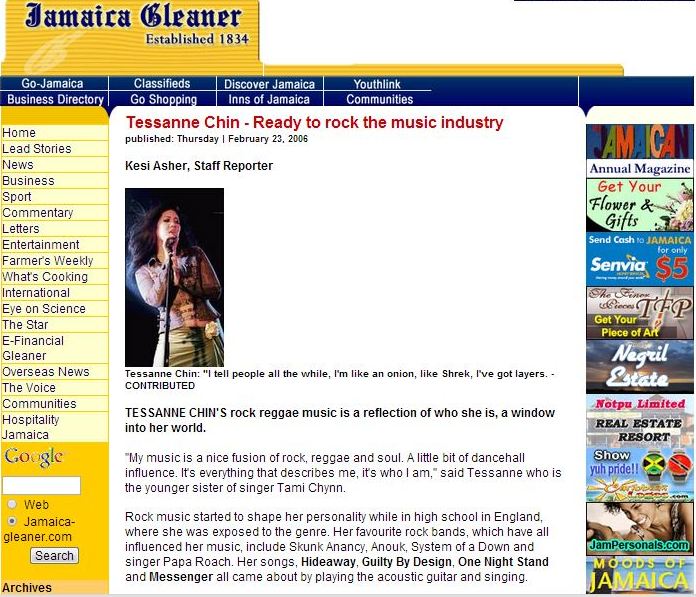 Many Jamaicans were already familiar with her older sister, Tami, when songbird Tessanne Chin was introduced to us on the small stage of the 2006 Air Jamaica Jazz and Blues Festival. Since then, the former back-up singer for reggae legend Jimmy Cliff has carved a niche for herself in the local industry, but has not managed to get the big international break befitting her level of talent.

That situation seems set to change as Tessanne is now a contestant on the Emmy-winning US talent show The Voice. Thousands of Jamaicans at home and abroad sat anxiously glued to their television sets onTuesday night, September 24, to watch her blind audition, a powerful rendition of P!nk’s Try. 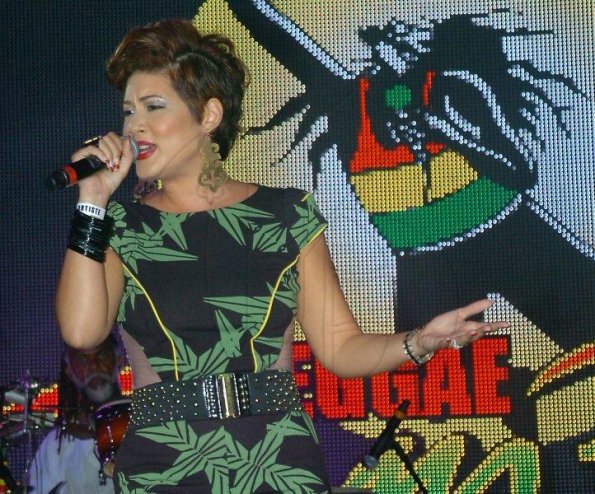 No Jamaican was surprised when all four judges – Christina Aguillera, Ceelo Green, Adam Levine and Blake Shelton – turned their chairs for her, neither were we shocked by the ‘dirty fight’ that ensued as they each tried to woo her to their team. The vast majority of the 14.14 million viewers in the United States had no idea what was about to hit them as Tessanne hummed the first note, but the spike in her Twitter following and hits on her music videos on Youtube suggests that more people are eager to hear from the Messenger.

We wish Tessanne all the best in her journey on The Voice. What is your favourite Tessanne Chin song?