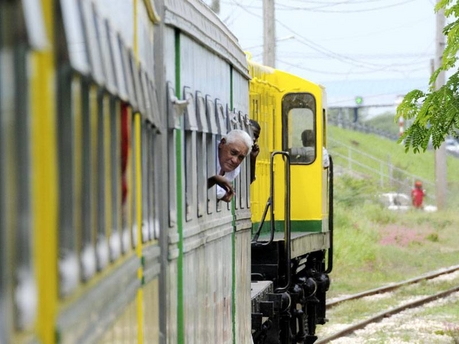 In this April 16, 2011 photo, former transport and works minister Mike Henry enjoys the train ride from May Pen to Linstead on a test run for the resumption of passenger rail service in Jamaica after 19 years.

Residents of communities along the train’s route were excited about the return of the service, but alas, their joy was to be short-lived. Unable to sustain itself financially, the service ended on August 21, 2012, a little over a year after it’s triumphant resumption in July 2011.