Champs 2016 is now a memory, but what an awesome one it was! A number of records were rewritten, new stars crowned and old stars cemented their places in history as our high school athletes once again showed why Jamaica is and will remain a veritable athletics factory.

All the athletes gave good accounts of themselves and did their schools proud. However, some shone so brightly that we have singled them out for special acknowledgment. Here are our Stars of Champs 2016: 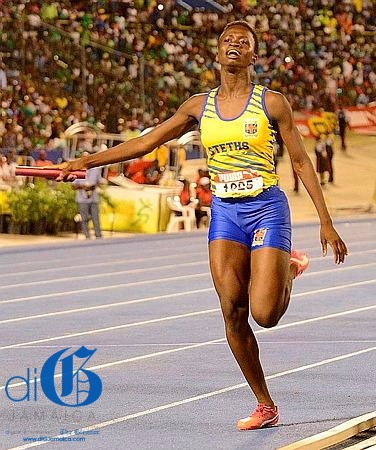 Junelle Bromfield – The St Elizabeth Technical High (STETHS) middle distance queen is a very special talent. She came into Champs 2016 in imperious form, having smashed the Class 1 400m and 800m records at the County of Cornwall Athletics Association (COCAA) Western Championships – part of the Digicel Grand Prix Athletics Championship in February. At Champs, she completed one of the most difficult feats at Champs, winning gold medals in the Class One girls 400m, 800m, 1500m and 4x400m open relay. After taking the 1500 metres in 4:40.77 on Friday, Bromfield returned Saturday to take the 400m in 51.74. Two hours later, she dismantled the 800 metres field, clocking 2.09.70 to bring the crowd at the National Stadium to its feet. She ended Champs 2016 anchoring the STETHS’ 4×400 relay team to victory. Her exploits earned 27 individual points, making her Champion Girl. 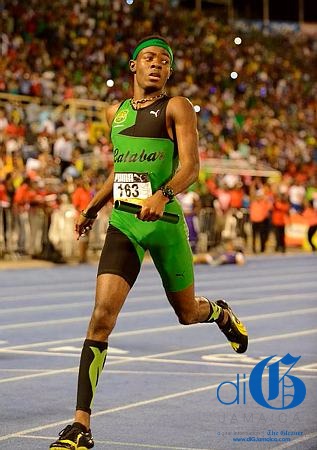 Christopher Taylor – Calabar’s heir to the throne only recently vacated by Michael O’Hara was fittingly crowned with mind-bending performances in the Class 2 200m, 400m and the 4x400m open relay. The young lion roared early, clocking 20.80 seconds to smash the 200m record of 20.89 set by former Calabar standout Ramone McKenzie in 2007. Taylor was in a record-setting mood, as he also wiped out in the heats Devaughn Baker’s (Jamaica College) mark of 46.64, set in 2013. In the final, he already had the rest of the field covered with 100m to go, and jogged to the line in 47.76. Taylor also played a vital role in the Class 2 4x100m, as Calabar also set a new record of 40.29 seconds. The 4x400m finale was a dream to witness, as Taylor underlined his school’s fifth successive title when he anchored the team to victory in 3:09.77 in a blockbuster showdown with KC’s Akeem Bloomfield, who stormed around to the front only to see Taylor outsprint him in the final 100m. 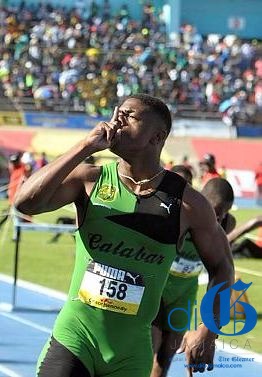 Dejour Russell – Christopher Taylor might be the name on everyone’s lips post-Champs, but Russell was more than just a cog in the wheel of the Calabar machine. He won the Class 2 110m hurdles, equalling former lion Michael O’Hara’s 13.45 set in 2013, and anchored the 4x100m team to victory in a new record of 40.29 seconds. He placed second in the 100m and 200m, clocking 10.54 and 21.38, respectively. His 23 individual points earned him the Champion Boy title. 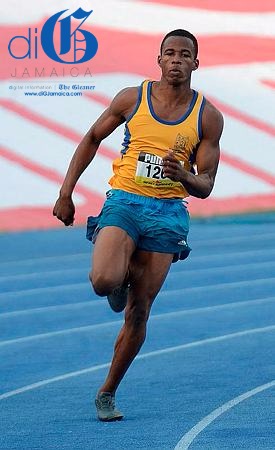 Nigel Ellis – This Class 1 STETHS standout had track fans buzzing after clocking 10.20 and 20.40 seconds respectively at February’s Western Champs. He has placed fourth last year in both events, but his times made him the one to beat come Champs 2016, and he made sure no one got close enough to do that. Many felt he could challenge the records held by KC’s Zharnel Hughes (10.12) and Usain Bolt (20.25) in the 100m and 200m, respectively. Although it was not to be, Ellis can certainly be proud of the 10.18 and 20.76 he clocked in claiming his titles. 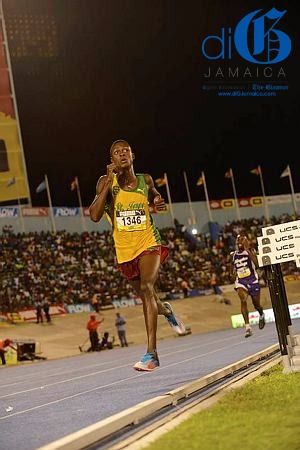 Thaleethio Green – Green couldn’t have had a more terrible Champs debut in a nightmare, as he was lapped in the 2000m steeplechase in 2013. He was a student at Ocho Rios High School at the time, but a move to St Jago proved fortuitous for Green. Sitting out the 2014 Champs due to the rules governing transfers, he returned in 2015 to cop bronze in the 2000m steeplechase as well as the 5000m. This year, he was in exceptional form, destroying the 2000m steeplechase record by six seconds, clocking 5:53.14, and winning gold in the 5000m. His 18 individual points made him a runner up Champion Boy. 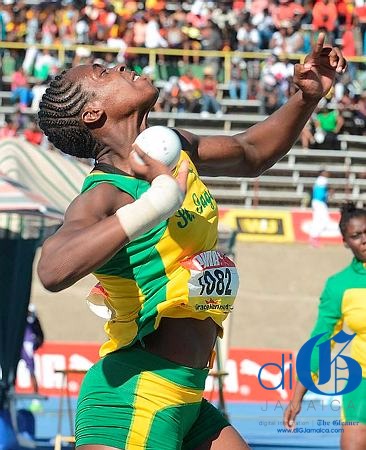 Janell Fullerton – This St Jago star turned in a full performance on the track and in the field, earning 25 points to be the runner-up Champion Girl. She won the Class 1 shot put, throwing 14.46m to set a new record. She also placed fifth in the Class 1 discus (40.16m) and 10th in the open class javelin. Fullerton also won the heptathlon, setting a meet record in the shot put (13.54m). 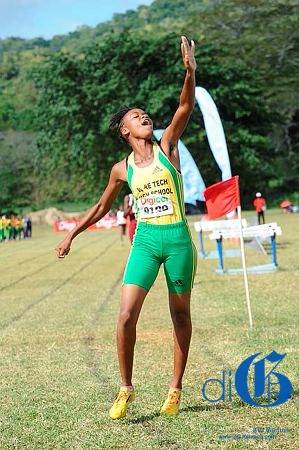