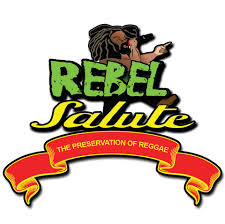 The umbrellas they used to shelter from the rain in the night were the same umbrellas they used to shelter from the sun in the morning going on to afternoon. Two days of real roots reggae and skanking drew to a close at almost noon on Sunday, January 14, 2018. There were so many hiccups that could have dampened patrons’ and organisers’ spirits, so many different things could have derailed the show. But despite the odds of ankle-deep mud, more than three hours of non-stop rain at one point, a blazing sun in the early morning hours, and the large volumes of people and vehicular traffic – Rebel Salute’s 25th anniversary staging was, all in all, a massive success. Here is diGJamaica’s listing of the things and people who stood out – or didn’t on each night.

Organisers and patrons: Respect is due to the faith demonstrated by organisers and patrons, who, despite the extremely difficult conditions created by first buckets of rain and then ankle-deep mud that stuck to feet, wheels, shoes … remained loyal to the Rebel Salute cause. On the organisers’ part, the show was not cancelled, and on the part of patrons, numbers reflected no dampening of spirits. Up to one o’clock in the morning, people were still buying tickets and entering the venue. That level of loyalty is testament to the calibre of a show that has clearly won the hearts of many – both locally and internationally.

Mutabaruka: This man is the resident host of Rebel Salute. What is so good about Muta? Let us count the ways … He doesn’t try hard, there is nothing forced about him, he is extremely honest and extremely natural. He’s witty, and he is not afraid to bring up serious current affairs issues in between sets – but in a manner that enhances the overall atmosphere of the event. Some of his jokes are legendary: Every year, he reminds the women wearing ‘cheap makeup’ that ‘make it look like their face is melting’ to touch up just before the sun comes out – usually to peals of laughter. And he’s a story-teller. This year, he told the story of the one-hand man with the Lucozade who said he gave a vendor a $5000 and didn’t get back change in an effort to get a money from Muta. His dramatics also add spice and life to the show: After Ding Dong’s performance, Muta came on stage holding his heart and said, “Mi tiyad … and mi siddown fi di whole set.”

Third World: From the moment they got on the stage, they owned it and stole the show in a way that left every other performer looking somewhat lacking by comparison. Stephen ‘Cat’ Coore’s solo piece of Redemption Song was a real crowd pleaser, as was AJ Nicholson’s rendition of Con Te Partiro. Third World’s seamless catalog of hit after hit, packaged in a very compact, well-planned set, got the people singing along. Everything from 96 Degrees to How Can It Be Forbidden If It’s Love went down well, and beautifully captured the essence of what Third World represents – a real roots reggae legacy that clearly will live on, even after Bunny Rugs’ departure. What was also obvious to many was that AJ had found his comfortable footing as lead singer for the group.

Agent Sasco: Now he was just amazing. He hit the stage late Saturday morning, and brought the kind of energy nad light for which he has become known. His supporting vocalists were in nice Africa-inspired prints – a look he complemented with his own dashiki outfit. Agent Sasco took the audience back in time, with hits from his days as Assasin, then brought them into the present with current crowd pleasers. Even when he said, “Can I leave?”, the audience made it clcear how ,much they were nenkoying him with a resounding, “Nooo!” Not until he sang his new song, Winning, were they satisfied.

Jesse Royal: He was so easy breezy. People who know him, know his lyrics are always charged, and that he will be dancing. Jesse Royal did not disappoint. He went on stage in the wee hours of the morning, and carved out a niche for himself that saw his Chronixx collaboration – Modern Day Judas – getting him his biggest forward for the night.

Bushman: Even Muta said this dynamic artiste caused the people to wake up and wipe off the ‘lelle’ water from their mouths.

J.C. Lodge: People really liked her. Telephone Love turned out to be one her most well-loved songs, and, for someone who has been out of the limelight for quite a while, her stage presence and command of the crowd was refreshingly on point. Her song selections also went over very well with the audience.

Glacia Robinson: The consensus was that she had a wonderful set, but it did not receive the level of enthusiasm that other artistes got. Her biggest hit was Hold my Hand Today – the song with which she won the JCDC 1998 Gospel Song Competition, and for which she is well -known. Otherwise, her set was  respected and appreciated as a pause to acknowledge The Almighty, though not fully indulged and engaged by the audience.

Coffee: Introduced by Coco Tea, this up-and-coming crooner is a mix between a young Queen Ifrica and Lila I’Kay. She has a distinct voice – and deejays and sings. She was very comfortable on the stage and got a huge forward from the crowd. Just 17 years old, Coffee wowed the crowd with her smooth vocals and nifty deejaying.

Who was not hot?

Coco Tea: First of all, let it be said that Coco Tea is a perennial favourite. He has hits upon hits and respect is due. BUT. His disreagard for his set’s time limit was most disappointing. When his time was up, he refused to leave the stage, even after there were clear calls from the audience for him to come down. His best move was his tribute song for Rebel Salute – a tune he made up specially for the event, but after that, it all kinda went south. Consensus was he took way too long to get his engine going, and left all of his best hits for last – when his time on stage had expired. Another good move on his part? Introducing the crowd to 17-year-old singing and deejaying wonder, Coffee, who, funny enough, maybe got more forwards than him.

Capleton: This is the undisputed Fireman. King Shango himself. He boom flicks, he cartwheels, he pronounces a ‘bun out’ on a long list of things that usually gets the crowd going wild – with humorous inserts that facilitate him catching his breath. His set gets blow torches (which are not quite legal) and the uplifted hands with the gun fingers normally stay up until Capleton comes down. REally cool moment? He did a song where he mentioned all the shows he has performed at over the years, highlighting the fact that, save for two – Rebel Salute and Reggae Sumfest – none of these shows exist anymore. Consensus was, Capleton started on a high and ended on an astronomical, out-of-this-world plane …

Romain Virgo: Sir Virgo is everybody’s favourite reggae crooner. He made best-dressed list, and demonstrated what it meant to be the quintessential singing professional. The growth in his career and catalog were evident. He got the older and younger demographic moving at the same time. He came on very early, did a clean set, and proved why he is everybody’s favourite singjay, with songs like Love Doctor, his new song with Chris Martin Leave People Business Alone, Way Too Beautiful … He noted that he hadn’t been on the show since 2009, and the audience response was clear: they were very glad to have him back.

Elephant Man: The Energy God lit up the stage and venue with his always-lively performance. He came on around nine in the morning when the sun was blazing, and from the time he touched the stage until he left, everyone forgot about the heat and the tiredness and the sweating and worked even more of all three – putting AKs over the wall, stepping pon di river, doing the gully creeper, Willy bounce, nuh linga … every dance to which Elephant man’s name is attached. One patron noted, Elephant Man is the reason that they tie down equipment on stage. His noticeable weight gain did not prohibit him from climbing up on the speaker boxes on the stage … They don’t call him the Energy God for nothing.

The selectors: When the heavens opened and the rains descended, it was the selectors who kept the party going. With selections that everyone agreed were ‘just right’, they helped what could have been a failing momentum with sweet music that kept the rain-soaked, mud-splashed audience in a nice zone, rocking and waiting for the interrupted show to resume.

The Rebel Salute Slippers Salesman: Big-ups to the man who saw an opportunity in the midst of adversity and, in true Jamaican style, capitalised. Providing mud-weary Saluters with scandal bags to cover their shoes, these entrepreneurs racked up steady sales throughout the night – turning a lemony moment of life into sweet lemonade.

Malik, the drummer from Queen Ifrica’s set: His solo was a thing of beauty – the throwing up sticks, moon dancing around the drum, finding beat and rhythm form every corner of his instruments and weaving skilful and entertaining movements into his set. This youth brought the house all the way down!

Beres Hammond: Three words can make a concert. That’s the takeaway from Beres Hammond’s stint during Luciano’s set. The man sang three words – “I’m so tired” – and got one of the night’s biggest forwards. The crowd erupted into cheers and screams and shouts that not even Luciano himself was getting. The talk was that Rebel Salute ‘slap weh’ because Beres sang three words – count ’em: one, two, three …

Queen Ifrica’s son, Malawe: He made a surprise appearance during the Ding Dong-Ravers set and showed off his dancing ability, to shouts and cheers from an appreciative audience.

Queen Ifrica: Her son was good; her drummer was great, but the empress herself was also unparalleled in her look, sound and delivery. Notable moments? She sang Daddy Don’t Touch Me There in Spanish, and raised the issue of her song being banned internally (the Broadcasting Commission said they have not banned her song) by some radio stations.

What was not hot?

I-Octane: The common complaint was that he talked out his set. According to one patron, “He cannot make my top 5 because he did not actually perform. He wasted the time talking.” There are some who will argue that they liked his interaction with the audience (AKA plenty talking), but for some, it was exasperating to hear him going on and on about the bad mind, the not being signed to a label, having to do his own thing … Some felt more like he was venting than performing.

Jahmeil: Best dressed for the night, he was perhaps also the most talkative – to the point where people started to say, “Sing! Stop talking. Just sing.”

Althea & Donna: They seemed incoherent, forgetting the lines to their song, obviously missing cues … The attempt was to give the audience a throwback to the good old days of “not popping style” and “strictly rules”, but after these ladies’ performance, hte lesson should be that maybe some eras are best left forgotten.

Barrington Levy: He complained that he had to work too hard for his forward, and then proceeded to tell the audience that he was going to Germany and he was sure they would give him a better forward than he was getting from the Rebel Salute crowd. Of course, this won him no favours.