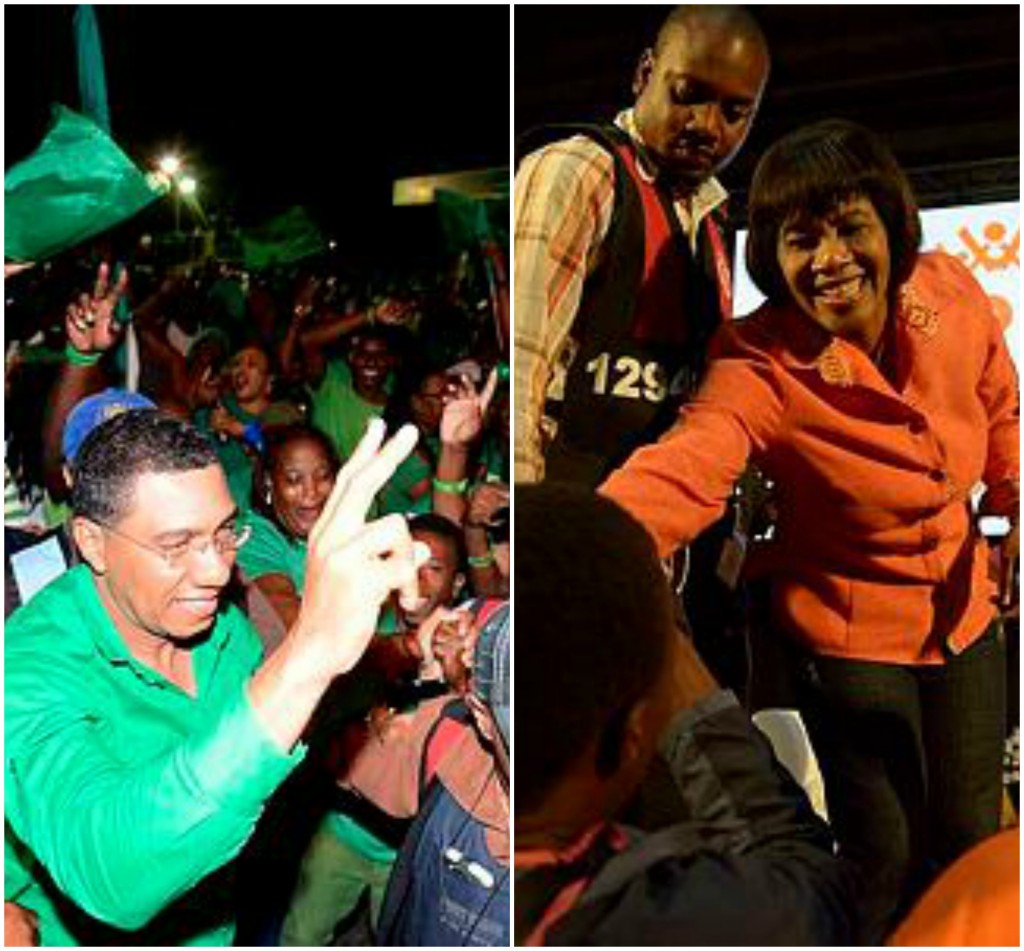 Jamaicans are gearing up to head to the polls for the island’s 17th general parliamentary election on February 25. Each week, we will be taking a look back at the previous elections that have helped shape the Jamaica we know today. Here is the fourth and final part of our ‘recap’:

October 16, 2002 – The island’s 14th general parliamentary elections saw the People’s National Party (PNP) won 34 seats with 51.6 per cent of the votes, while the Jamaica Labour Party (JLP) won 26 seats with 46.9 per cent of the votes. The Imperial Ethiopian World Federation Inc (IEWF), the United Peoples Party (UPP), the National Democratic Movement (NDM) and a few Independents also contested the election and achieved 4,057 votes all together. The voter turnout continued its downward trend, as 59.06 per cent of the electorate voted. The Most Hon PJ Patterson was returned as Prime Minister for a historic third time and the PNP won a historic fourth term.

The election was the most polled in the nation’s history at the time, with the predictions of the public opinion pollsters seemingly see-sawing one week in favour of the JLP, then a week later, favouring the PNP. The election campaign lasted for several months, increasing in intensity.

In 2006, Patterson indicated his decision to retire from active politics, to take effect on March 30. Portia Simpson Miller emerged the winner of a hotly contested internal election to become the island’s first female Prime Minister.

Leading up to the 2007 election, the senate passed the Electoral Commission (Interim) Act 2006 on October 20, 2006, clearing the way for the creation of the Electoral Commission of Jamaica (ECJ). Its responsibility is to protect the electoral process from the immediate direction, influence and control of the government, which may influence its functioning to the detriment of persons with opposing views who may wish to participate in the process.

This election marked the first time that the dual citizenship of several elected Members of Parliament and contenders became an issue of national concern. According to Article 40 of the Constitution, “no person shall be qualified to be appointed as a Senator or elected as a member of the House of Representatives who is, by virtue of his own act, under any acknowledgment of allegiance, obedience or adherence to a foreign Power or State,” although Commonwealth citizens are exempted from this limitation. Several MPs subsequently gave up their US citizenship and contested by-elections for their seats – Daryl Vaz, Gregory Mair, Everald Warmington and Shahine Robinson (JLP), along with Sharon Hay-Webster and Ian Hayles (PNP).

Golding had found himself out of favour with Jamaicans following the Tivoli incursion of May 2010, and stepped down on October 23, 2011. Andrew Holness, who was the Minister of Education during the JLP’s administration, was sworn in as his successor the same day. At 39, he became the youngest Prime Minister in Jamaica’s history.

Leading up to the island’s 16th general election, polls indicated that the victory margin would have once again been close, this time in favour if the PNP. However, the results saw the PNP returning to power in a landslide 42-21 victory, a two-thirds majority. Just 50 per cent of the voting population cast their ballots.

The island now turns its attention to the 17th general election, scheduled for February 25, 2016. Coincidentally, this date marks the 10th anniversary of Simpson Miller’s ascension to PNP president and Prime Minister.