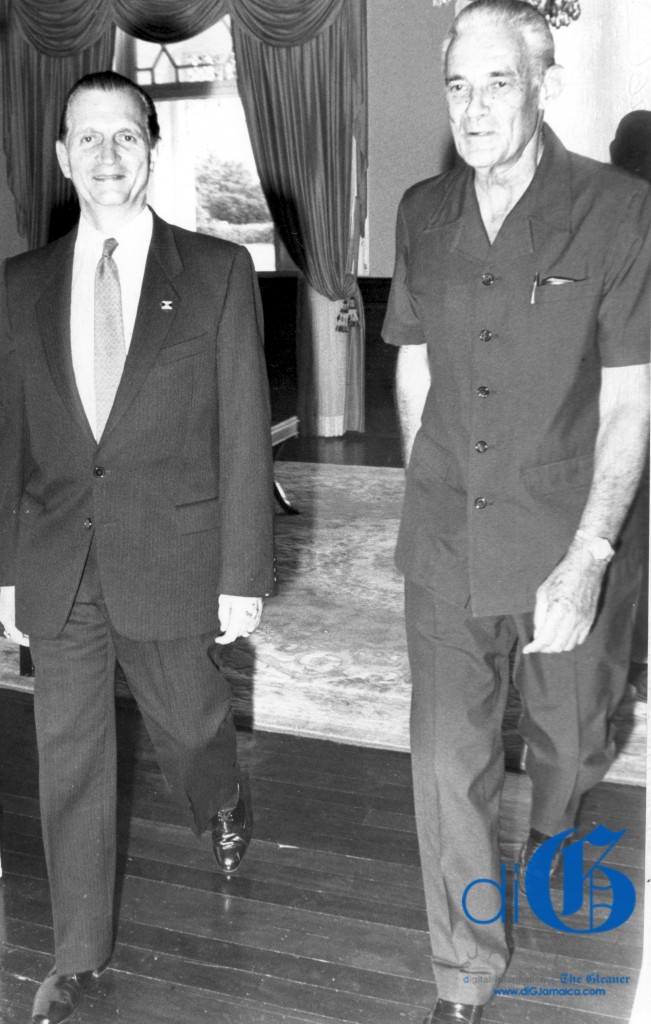 Jamaicans are gearing up to head to the polls for the island’s 17th general parliamentary election on February 25. Each week, we will be taking a look back at the previous elections that have helped shape the Jamaica we know today. Here is part two of our ‘recap’:

April 10, 1962 – The nation’s fifth general parliamentary elections saw both major political parties – the People’s National Party (PNP) and the Jamaica Labour Party (JLP) contesting all 45 seats. The People’s Political Party polled in 16 constituencies, and Independents contested eight seats. The JLP won with 26 seats and 50.04 per cent of the votes, and the PNP took 19 seats with 48.6 per cent of the votes. This election saw the highest voter turnout yet, as 72.29 per cent of the electorate cast their ballots.

February 21, 1967 – For this election, the number of constituencies was increased from 45 to 53. The JLP won 33 seats, with 62.3 per cent of the votes, while the PNP took 18 seats with 37.7 per cent. The turnout reached a new high, as 81.46 per cent of the electorate voted. As a result of the JLP’s victory, the Rt Hon Donald Sangster became the second Prime Minister of Jamaica. Unfortunately, he fell seriously ill in March, and died in April, making him the shortest-serving Prime Minister. The Rt Hon Hugh Shearer succeeded him as the third Prime Minister.

In 1969, the PNP chose Michael Manley, son of Norman Manley, as the new leader of the party.

February 9, 1972 – The seventh parliamentary election saw the PNP returning to power, winning 37 seats with 69.8 per cent of the vote, to the JLP’s 16 seats and 30.2 per cent of the votes. There was a drop in the turnout as 78.20 per cent of the electorate voted. The Rt Hon Micheal Manley became the nation’s fourth Prime Minister.

One interesting fact about this particular election is that it took place during a national state of emergency. The state of emergency was was declared by then-Governor General Sir Florizel Glasspole, on the advice of the Prime Minister. It started on June 19 and was scheduled to end on July 26 – 30 days. However, it was in place until February 28 the following year – a total of 255 days, or eight months and 10 days.

During the curtailment, all public meetings and marches were banned throughout Jamaica under the Public Order Act by Minister of National Security Keble Munn. The authorities reminded the public that all processions, motorcades as well as political walks in which more than five persons accompany candidates on house-to-house canvassing have already been banned. The minister’s decision followed an escalation of political violence island-wide, resulting in the shooting of Ferdinand Neita, PNP candidate for St Catherine East Central, and an attack on Colin Williamson, JLP candidate for West St Andrew.

This election has gone down in infamy as the bloodiest in Jamaica’s history. Gang violence erupted throughout Jamaica leading up to the election, with the police reporting over 700 murders. Two bloody incidents took place in April. The first took place at a dance on Gold Street in central Kingston where five persons were killed. The second occurred at the Hannah Town Police Station in west Kingston which was attacked by thugs, resulting in the deaths of two men, one of them a police officer.

The violence that gripped the country for most of the year spilled over to Nomination Day, October 14. Roy McGann, the PNP’s candidate for East Rural St Andrew, and his bodyguard, acting Corporal Errol White, were killed in Gordon Town. Four days later, on National Heroes Day, two children were killed in Top Hill district, St Elizabeth, where supporters of the two parties clashed.