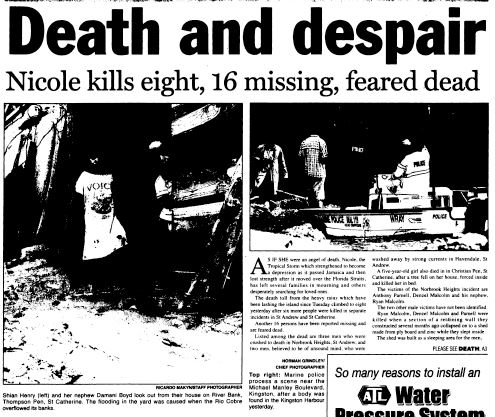 This was the front page of The Gleaner on October 1, 2010, two days after Tropical Storm Nicole ravaged sections of the island, leaving a trail of destruction and death in its wake. (Click on the image to enlarge.)