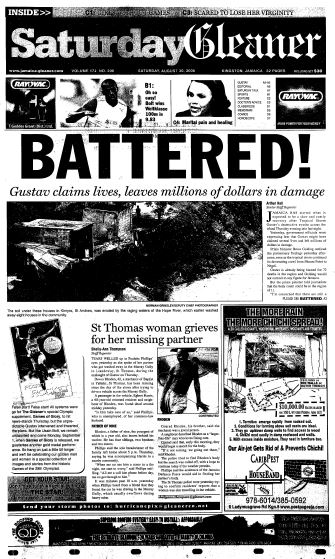 This was the front page of The Gleaner on August 30, 2008, two days after Tropical Storm Gustav dumped heavy rains on the eastern parishes of Jamaica, killing 15 people and causing major flooding, leaving several communities in shambles. (Click on the image to enlarge.)