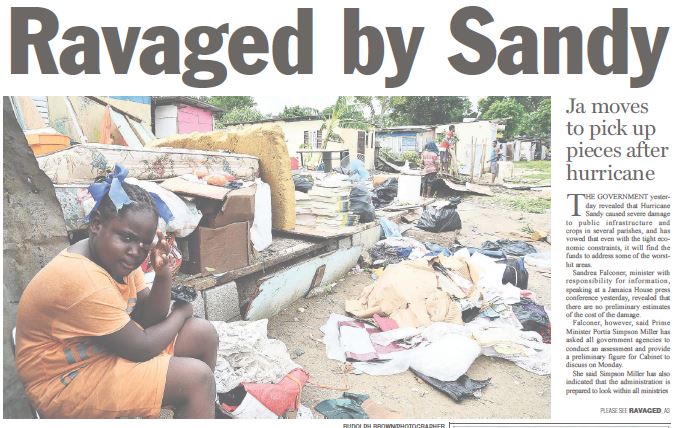 This was the front page of The Gleaner on October 26, 2012, two days after Hurricane Sandy struck Jamaica. It was the first hurricane to make landfall on the island since Hurricane Gilbert in 1988. (Click on the image to enlarge.)

Here is the rest of The Aftermath series: