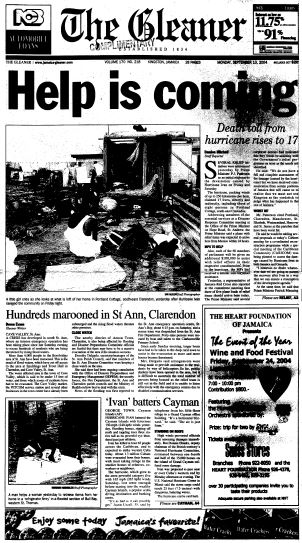 This was the front page of The Gleaner on September 13, 2004, two days after Hurricane Ivan passed south of Jamaica, leaving a trail of havoc in its wake. (Click on the image to enlarge.)

Here is the rest of The Aftermath series: