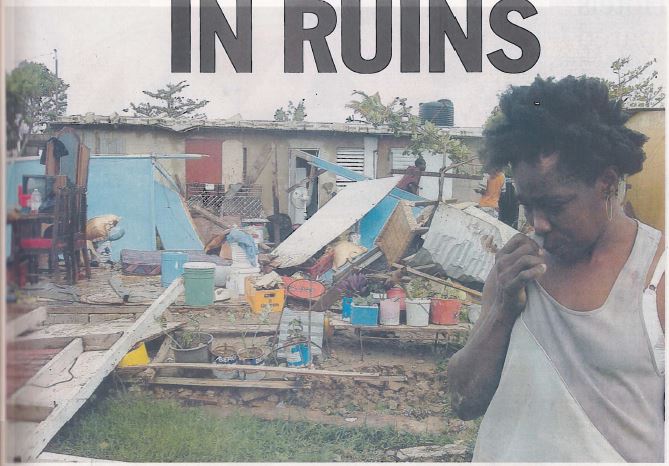 This was the front page of The Gleaner on August 20, 2007, a day after Hurricane Dean ravaged sections of the island, leaving so much destruction in its wake that the government had to declare a two-day state of emergency. (Click on the image to enlarge.)