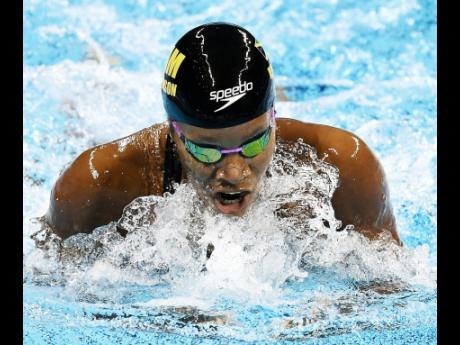 The sports of swimming, diving, water polo and synchronized swimming are all controlled by the Amateur Swimming Association of Jamaica (ASAJ).  The main pool on the island is located at the National Stadium in Kingston’s Independence Park.

Swim Jamaica, launched in January 2005, is an offshoot program of the ASAJ geared toward the teaching of swimming. Swim Jamaica focuses on three groups of learning swimmers: toddlers, children, and adults. It also offers training for individuals who wish to become swimming instructors.
On the local level, competitive clubs dominate the sport of swimming. The following is a list of the swim clubs registered with the ASAJ for the 2011-2012 season:

The Jamaican national swim team competes on the international level.  The CARIFTA Swimming Meet is held annually in a different Caribbean nation and constitutes the major competitive event in the region.