National Integrity Action (NIA) founder Professor Trevor Munroe, was forced to confront the ghosts of his radical political past at a recent Gleaner Editors’ Forum. He was responding to comments by Dr Paul Ashley that the communist party he once led, the Worker’s Party of Jamaica (WPJ), is alleged to have played a role in the 1983 bloody coup of former Grenadian Prime Minister, Maurice Bishop’s New Jewel Movement.

The WPJ was founded by Munroe and late journalist and activist Elean Thomas on December 17, 1978. Its predecessor was the Workers Liberation League, which had itself grown out of Munroe’s activism on the University of the West Indies, Mona campus.

The WPJ is said to have been an ally of the People’s National Party (PNP), encouraging and supporting closer ties with Cuba. However, this article from May 22, 1979 shows then-party leader and Prime Minister Michael Manley distancing himself from the WPJ. 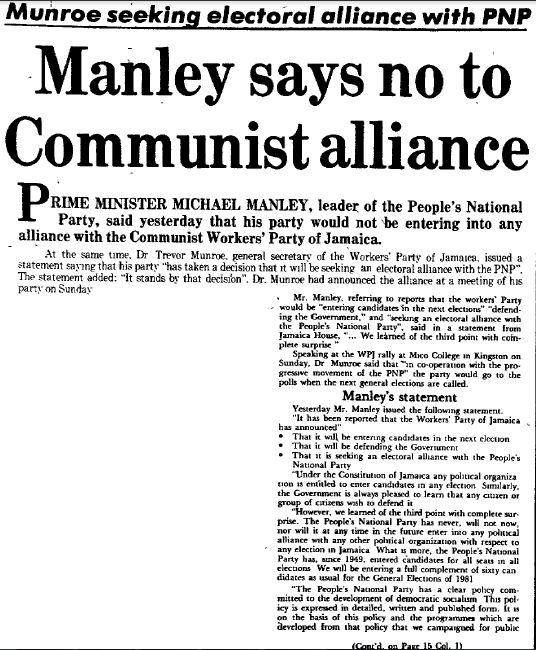 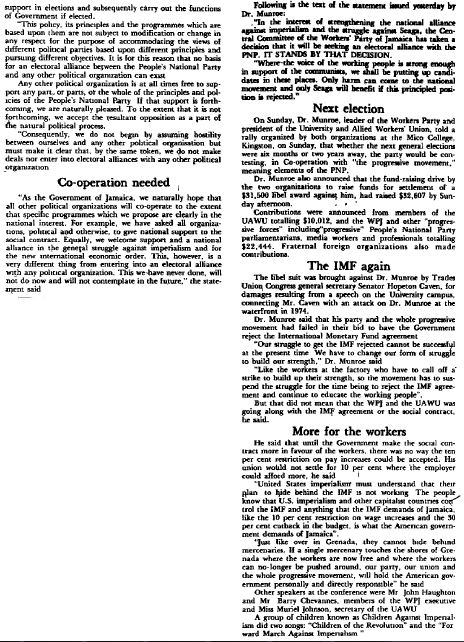 Whether or not there was an actual alliance might be debatable, but the perception lingered in the minds of the Jamaican people. The October 30, 1980 election saw the PNP losing to the Jamaica Labour Party (JLP), the more right-leaning party. By 1992, the WPJ was defunct. See The Gleaner‘s editorial from March 3 of that year.