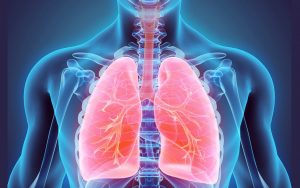 Tuberculosis, called ‘TB’, is a bacterial disease that adversely affects the lungs. They attack the lungs and can also spread to other parts of the body. According to the World Health Organisation, tuberculosis is one of the top 10 causes of death globally, with approximately 500,000 children diagnosed with the disease annually. Here are 10 terms that help in the explanation of what tuberculosis is.

This is the name of the bacteria that causes tuberculosis. It is highly aerobic, meaning it requires high levels of oxygen. It normally appears in the respiratory systems of mammals, particularly in the lungs.

A tubercle is a small nodule or warty outgrowth found in the lungs or other tissues (in the case of a person with TB). This growth takes place when lesions develop on the tissue. According to Encyclopedia Britannica, “large cheeselike masses [form] that break down the respiratory tissues and form cavities in the lungs. Blood vessels also can be eroded by the advancing disease, causing the infected person to cough up bright red blood.”

Infectious means that the disease can easily be passed on from one person to another. If someone in your vicinity has TB and breathes, coughs, sneezes, laughs, spits, or talks, the bacteria spread through the air. When you breathe in these bacteria, they can end up in your lungs. Even though it is infectious, TB takes a long time to develop, so you would have to experience prolonged exposure to a person with TB to actually develop a full-blown version of the disease.

It is possible for you to have the bacteria that cause tuberculosis in your body. This is called ‘latent TB’. However, the bacteria do not negatively affect you because your immune system prohibits them from spreading.  About one-third of the world’s population is believed to have latent TB, and while there is a 10% chance of this becoming active, the risk is greatest in persons whose immune systems have been compromised (e.g persons living with HIV).

Tuberculosis is not a death sentence. It can be treated and cured if the right medication is provided and taken. Most cases can be cured with the intake of antibiotics over a period of six to nine months. According to the WHO: “Active, drug-susceptible TB disease is treated with a standard six-month course of four antimicrobial drugs that are provided with information, supervision and support to the patient by a health worker or trained volunteer.” There are strains of TB which are drug-resistant. While these are not very common, and are found mostly in regions where a very vigorous drug treatment regimen has been administered, it should be noted that this does exist.

There are measures which can be taken to prevent the active spread of tuberculosis. These include: