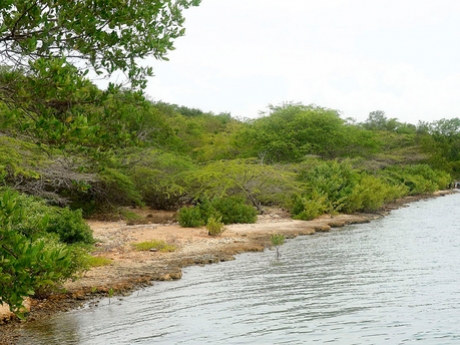 The Goat Islands have been among the top news stories in recent weeks, following  the announcement that they are China’s preferred site for the development of a logistics hub in Jamaica.

Since then, a number of arguments have arisen regarding the use of the islands for this purpose. On one side are supporters of the development, who are eager for construction on the hub to get started, if Jamaica is to benefit as much as it wants to from the expansion of the Panama Canal. On the other side are the environmentalists, led by the Jamaica Environment Trust, which is prepared to take the government to court if necessary to prevent the destruction of this protected area.

JET’s aggressive stance is due to the fact that Goat Islands are of ecological significance to Jamaica, as it forms part of the Portland Bight Protected Area (PBPA). Portland Bight is a terrestrial and marine-protected area comprising dry limestone forests, wetlands, game reserves and fish sanctuaries. It features several endemic species of birds, mammals and reptiles, including protected crocodiles and the critically endangered Jamaican iguana. Covering 1,876 square kilometres (724 square miles), it is Jamaica’s largest protected area, spanning from the Hellshire Hills in St Catherine to Rocky Point in Clarendon.

The PBPA was declared under the Natural Resources Conservation Authority Act in 1998. It is also recognised internationally:

Additionally, according to information from the National Library of Jamaica, Goat Islands are also a heritage site: a cave with Arawak remains is said to be there; it is said to have been inhabited by slaves and their owners at one time, and it was a US naval base during World War II, but was abandoned in 1949.

According to briefing notes obtained from JET CEO Diana McCaulay, the organisation is calling for:

Minister of Water, Land, Environment and Climate Change, Robert Pickersgill, also issued a statement acknowledging the “expressions of concern from environmental lobbyists and other stakeholders” and that “these concerns will be further taken into account during the public consultation process.” He stated:

Regardless of who is the proponent, whether the Government of Jamaica or a private investor that desires to carry out development, there is a universally established standard process, necessitating  objective analyses and assessments, which involve reviews by a number of Government of Jamaica regulatory agencies and the relevant Parish Council. Above all, there must be public stakeholder consultations with the population that may be impacted, whether negatively or positively, before a decision is taken.

It has also been discovered that Goat Islands may still be US property, due to the ‘Bases for Destroyers’ agreement signed by that country and Great Britain in 1940, when Jamaica was still a British colony. Under the agreement, the US was granted locations for air, military and naval bases in exchange for 50 destroyers. Attorney-at-Law, Bert Samuels, believes that despite Jamaica’s achievement of Independence in 1962, the agreement still stands under the ‘principle of transition.’ However, the lands were transferred from the commissioner of lands on September 21, 1970 to the Urban Development Corporation (UDC), which paid $37,77.38 for the property. Click here for more on the ownership of Goat Islands.

There is no disputing the fact that Jamaica must develop new avenues of investment if  the economy is to grow and thrive. However, developments of this scale often create a conundrum as it usually calls for significant changes to the environment, which can have negative effects in the long run. Whether the logistics hub is eventually built on Goat Islands or elsewhere in the country, there must be a balance between the need to make money and the necessity of preserving the environment.