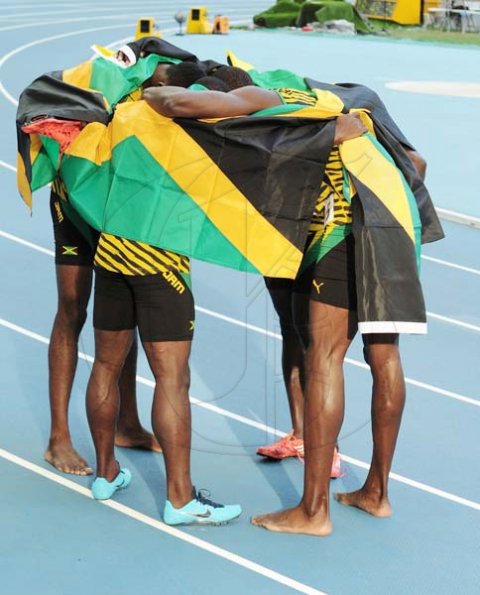 Jamaica closed out the 2013 World Championships in Moscow, Russia, in golden style, winning the men’s and women’s 4x100m relays by comfortable margins. To top it off, our national anthem rang out in the Luzhniki Stadium not once, not twice, but three times in a row, as the medal ceremony for the men’s 200m, won by Usain Bolt and featuring a silver medal from Warren Weir, was sandwiched between the relay presentations. 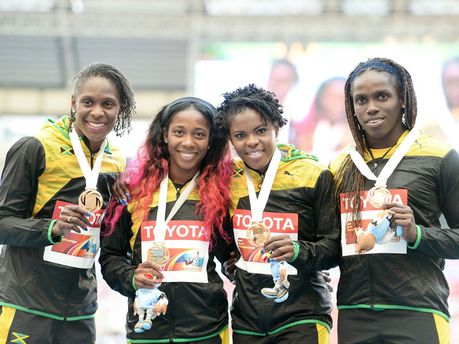 Jamaica’s prospects for these games had seemed diminished, following adverse drug test results from the likes of Veronica Campbell Brown, Asafa Powell and Sherone Simpson, but the team, captained by Shelly-Ann Fraser-Pryce, was determined to restore our athletic pride. And that they did. The country finished with nine medals – six gold, two silver and one bronze, to place third on the medal table, behind home team Russia and perennial rivals, the United States. Bolt and Fraser-Pryce accounted for the six gold medals, winning the 100m/200m double before anchoring their sprint relay teams to outstanding victories. Fraser-Pryce had a historic championships, becoming the first woman to claim three world titles at the same meet. Additionally, we were treated to a taste of greatness from Calabar High School student Javon Francis, who blitzed the anchor leg of the men’s 4x400m relay to take the team from fifth to second place. 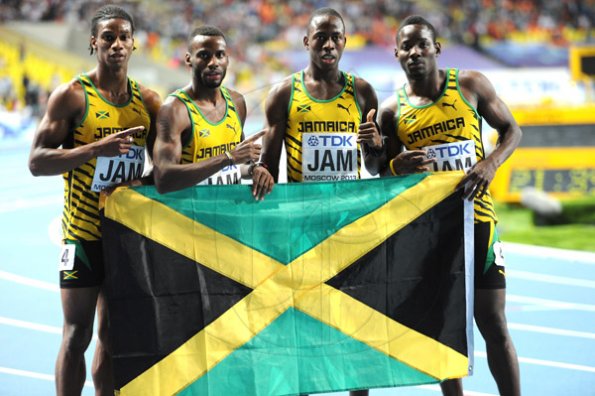 So, on Sunday afternoon, as Jamaicans began to float down from cloud nine, we took to our social media accounts to ask our community: What are some of your favourite moments from #TeamJamaica‘s performance at the Moscow World Championships?

Here are some of the responses we received from our diGgers:

@Lotusflomona: @diGJamaica watching Javon Francis passing 4 runners while anchoring the 4x400M Relays. That was the peak of the championships for me.

@Lotusflomona: @diGJamaica Usain Bolt’s 100,200 and 4X100M victory, Warren Weir’s Silver Medal, and seeing how elated Ashmeade was when they got the Gold.

@harrisshellyann: @diGJamaica #TeamJamaica Javon Francis keeping off the Russian near the finish line and Shelly’s pink hair and shoes dominating the track!

Brian M Cuff Most memorable moments were Javon Francis and the 4 by 400 finish…as well as Weir’s personal best from lane 8 for second in the 200 metres. These races…symbolizes Jamaica’s likkle but tallawah mantra as well as gives hope that our future isn’t as bleak as many say

Sashine Graham Javon’s 4X400M Relays, Shelly Ann’s 3 Gold Medals, Bolts 3 Gold Medals and ofcourse Warren Weirs Silver medal. It gives me such joy watching them run, it was as if I was sitting in the stands at Moscow, louder than ever!!!!!!!!!!!!!

Samantha Waugh Is some yuh say… alright! Mi nuh affi tell u how Javon nice me. Di bwoy mek mi have cold bump and wata run outa mi yeye. Lawks but mi did also love when mi see Nesta Carter pon di podium a collect him personal medal. It did over due. And who can forget dat pink hair, nails and lips… the great Shelly P.

Rhi-Keytta Hibaato My favourite moment was definitely the 4x400m relay race. I am a Jamaican living in Japan and so I was watching coverage of the games in the wee hours of the morning. I watched Shelly’s race while battling sleep (lol). I smiled as she came in first. With the 4x400m race however, I forgot about wanting to sleep! The anchor leg run by Javon got me up and clapping!

André S Coore Favourite moments: easily Javon Francis’ leg on the men’s 4×4. Other top moments include the women’s 4×1, Shelly’s double gold, Kimberly Williams’ PB in the long Jump and the 1,3,4,5 in the men’s hundred.