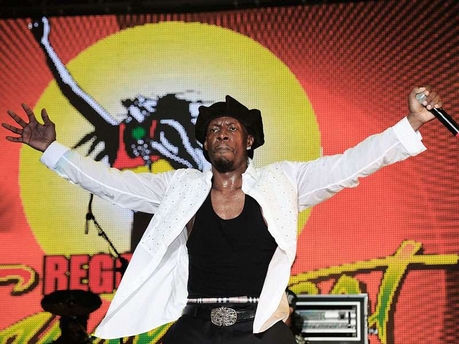 In honour of Reggae Month, we decided to talk to some of the players in Jamaica’s music industry to get their views on the impact of Reggae, as well as how their work contributes to this effect internationally. This week, we talk to Tina Mae Davis, Festival Manager at Summerfest Productions Limited, producers of ‘The Greatest Reggae Show on Earth,’ Reggae Sumfest. This year’s festival will be staged from July 13 – 19 at Catherine Hall, Montego Bay.

diGJamaica: Tell us a little about the vision behind Reggae Sumfest.

Tina Mae Davis: Initially, the vision back in 1993 was really to preserve what had become a very important facet of the social and economic landscape in Montego Bay – a summer reggae festival. Once it was confirmed that the promoters of Sunsplash had made the decision to move to Jam World, these business people, hoteliers, knew that this phenomenon had really become part of the lifeblood of the West. They couldn’t sit by and watch that lifeblood slip away.

diGJamaica: Can you share any behind-the-scenes information or stories from that very first show in 1993?

TMD: Truth is, I wasn’t around back then, but I’ve heard many of the stories over the years. The directors often talk about how naive they were, how they all thought the festival would make a lot of money. Alas, that didn’t happen and by the end of the second staging in 1994, the company had accumulated just over $20 million in losses. Another story I’ve heard is about the first dancehall night in ’93. That year, it was on the Friday night. Tickets were priced at $300 I believe. The crowd was overwhelming, they had to stop letting people in and close the gates, but the crowd wasn’t having it. When the crowd tried to push through the gates, one young man, Richard McGregor – the son of a friend of many of the directors, who is now deceased, single-handedly braced himself against the gate and ensured that there wasn’t a serious breach of security. Now, whenever I run into Richard’s now grown son, that story comes to mind.

diGJamaica: How has the festival changed over the years.

TMD: The most obvious is that the level of production has improved each year, something that we work hard to ensure. Initially, the festival had a full week of activities. Each year, we’ve had to evaluate the dollars and cents and regrettably, economics has forced us to remove some events from the schedule.

diGJamaica: What kind of impact do you think Sumfest has had since its inception (locally and internationally)?

TMD: The economic impact cannot be denied. Our community depends on the influx that the festival brings each year. Most important is the platform the festival offers our reggae artistes. We attract media from across the globe and artistes get immense exposure from being on the Sumfest stage. Most recently, I was reminded of how much we broker relationships when Lady Saw dropped the remix video for her hit ‘Heels On,’ featuring Flo Rida. They met right on stage after Lady Saw’s performance last year and she recently called to thank us for helping to foster what has been a really positive collaboration for her.

diGJamaica: Why is it important for Jamaicans  to celebrate Reggae Month?

TMD: I think it’s important that we as Jamaicans celebrate our culture and musical heritage, particularly now when other foreign cultures seem to have invaded our lives here, some positive but many of them negative. Many of our young people, even those who have an interest in the music business, don’t really know or understand the struggles and achievements of those artistes, producers, writers and engineers who have pioneered what has been one of the most culturally important music genres in the world. In celebrating, though, we need to ensure that we are developing ways to keep improving the quality of music we produce, the quality of our productions and ensuring that we truly monetize this reggae business for the benefit of Jamaica on a whole.

diGJamaica: Why is a festival like Sumfest important to the continued popularity of reggae music?

TMD: Our music has reached the far corners of globe and resonates with so many people the world over. Festivals like Reggae Sumfest allow lovers of reggae to get bang for their buck. We show the best of what Jamaica has to offer

diGJamaica: What can fans look forward to for this year’s staging?

TMD: Seamless production, as always. Last year, we added a new party at Pier 1 and this year we are looking at bringing back the sound system night to help fill out a full week of activities.