Our final stop on the 2015 Reggae Month world tour is close to home. This week, we look at reggae music in the Americas. We hope you’ve enjoyed learning more about how reggae has impacted various parts of the globe. 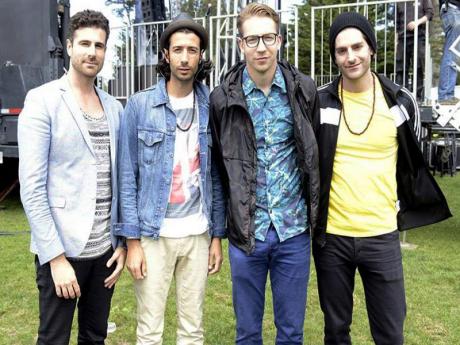 Canadian reggae is having a moment, thanks to the efforts of Magic! with their catchy single Rude. The band, which recently performed the Jamaica Jazz & Blues Festival, is just the latest story in that country’s long history with reggae. Canada is one of the top three countries where Jamaican migrants reside, so it is only natural that there is a vibrant reggae scene in the areas where the diaspora is concentrated, such as Toronto. “By the time I came along in the ’80s, and other musicians like me, reggae music was part of the Toronto music vernacular, embedded. You needed to know, if you were a gigging musician, you needed to know to play reggae,” explained Juno-nominated (Canadian equivalent to the Grammy) musician and academic, Jason Wilson.

In addition to performers who focus on pure reggae, there are others who have fused the sound with genres such as rock and soul. These include Bedouin Soundclash, Redeye Empire and The Sattalites, which was the first Canadian reggae band to be invited to perform at Sunsplash). Many Jamaicans will also remember Snow, whose 1993 single Informer reached number one on the US Billboard Hot 100 and 1995 ‘all stars’ remix of Anything For You topped the local charts.

However, in spite of the success of Magic! and Messenjah before them, and the popularity of these festivals, it seems most Canadian reggae acts continue to struggle. One example is singer Tasha T, who still works regular jobs in order to sustain her career, despite her 25 years in the business, which includes top 10 songs in Canada, Ghana, Italy and the US, a Juno nomination and touring worldwide.