The Prime Minister is Jamaica’s head of government, who is formally appointed into office by the Governor General, who represents Elizabeth II, Jamaica’s official Head of State.

A total of nine persons have held the office of Prime Minister. They are: 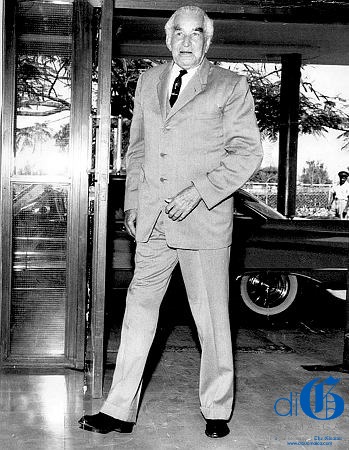 Sir William Alexander Clarke Bustamante, Jamaica’s first Prime Minister after the country gained independence in 1962, was born on February 24, 1884. In 1943 he founded the Jamaica Labour Party (JLP), with himself as head. The first general election under Universal Adult Suffrage came in 1944 and the JLP won 22 of the 32 seats.

Bustamante travelled the world; working as a policeman in Cuba, and as a dietician in a New York City hospital. He returned to Jamaica in 1932, and became a leader of the struggle against colonial rule. He came to the public’s attention as a writer of letters to the Daily Gleaner newspaper. 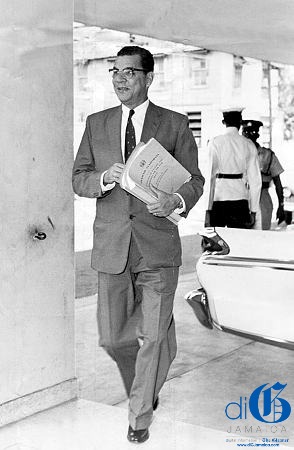 Sir Donald Sangster served from February 22, 1967 to April 11, 1967. Born on October 26, 1911, in St Elizabeth, he attended Munro College where he excelled in academics and participated in cricket, athletics, boxing, and gymnastics.

Sir Donald was a particularly loyal supporter of Sir Alexander and faithful Deputy Leader in the Jamaica Labour Party, from 1949 to 1967. He entered politics at the age of 21 and served until his death after a sudden illness, thirty years later.

The Most Honourable Hugh Lawson Shearer 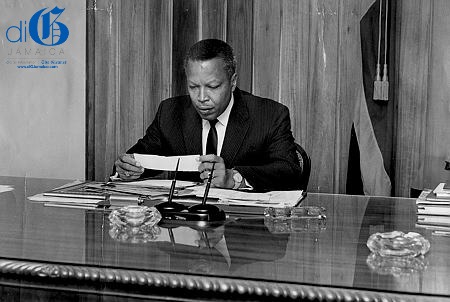 Shearer was chosen as Jamaica’s third Prime Minister following the death of Sir Donald Sangster. He was sworn in on April 11, 1967. He was born on May 18, 1923 in Martha Brae, just outside of Falmouth, Trelawny.

During his tenure as Prime Minister, Jamaica attained its highest ever-gross domestic product (GDP) per capita – US$2,300 – based on rapid growth in agriculture, mining and tourism. Shearer also started a system of major highways, the first being the Kingston to Spanish Town Highway, and laid the plans for other by-pass routes, which would remove bottlenecks in all major towns. He also made significant improvements to the education system. The New Deal Programme was designed to provide a sound education for every child in Jamaica, and, for the first time, the prospect of a totally educated population became a real possibility.