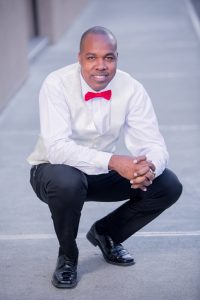 ‘Save our children’, the plight that echoes around the world, spurred noted contemporary psalmist, writer, author and artiste Jermaine D. Gordon into action. Lending his voice to the cause, Gordon on Sunday released the children’s version of one of his most loved hit songs, YOU ARE GOD (Holy & Righteous), recorded in both English and Spanish. The song showcases the voices of fifteen students from seven of the inner city schools in Kingston, Jamaica, adding a sentimental tone to the uplifting, inspiring track.

“Our children are not singing the way they are supposed to,” says Gordon, “Their voices have a key role to play in the advancement of any well-thinking society and as such this must be preserved according to Psalm 8:2.”

Supporters and fans of Jermaine D. Gordon dance and move to the pulsating beat of the ‘Holy Ghost Fire Medley’, a bonus track that Gordon released in conjunction with the children’s version of YOU ARE GOD. Holy Ghost Fire Medley captures the authentic Jamaican sound which was more popular during Gordon’s childhood years. In Gordon’s own words: “These are the type of songs we used to sing from our spirits when the burdens and pressures of life became agonizing. We sang them to encourage and reassure ourselves that better days are coming, while the singing experience left us with a much-elevated faith and spirit.”

Both songs were written and arranged by Gordon, with supporting production credits given to Othneil (Ottey) Lewis and Dwain Campbell-Fletcher (Barbwiya music). The children’s song is the first of twelve tracks to be included in a forthcoming project titled ‘Let the Children Sing’, in which inner city children and choirs sing Jamaican gospel music.

On March 21, 2018, both singles are expected to be available online on iTunes, CD Baby, and other online music distribution websites, as well as on the artiste’s official website, www.jermainedgordon.com.