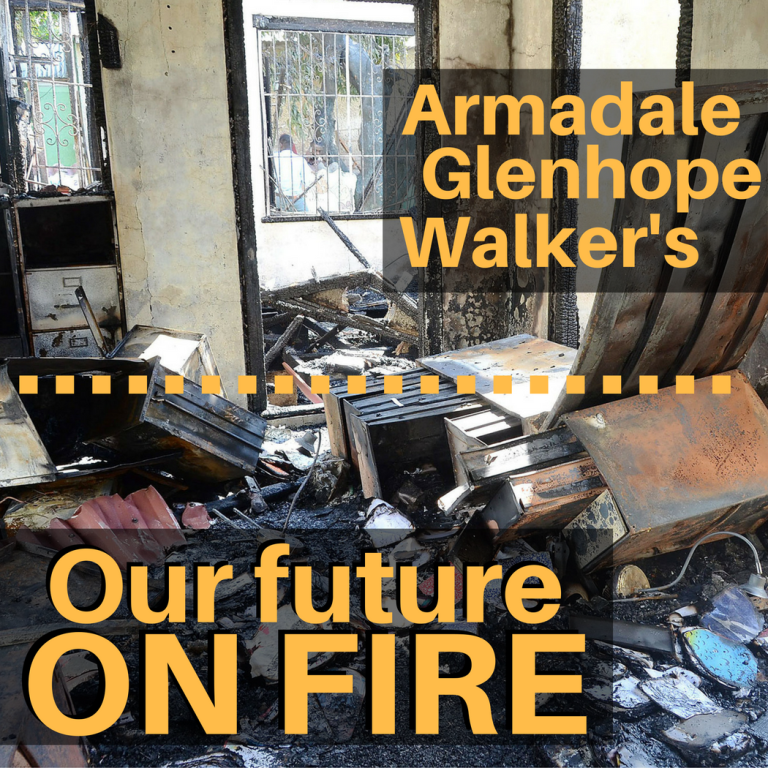 On May 22, 2009 there was a fire at the Armadale Juvenile Correctional Facility in St. Ann, in which seven young girls died. Five girls perished in the fire and two girls died subsequently from severe injuries sustained in the blaze. Three of the girls were 17 years old, two were 15 years old, one was 16 years old, and the age of one girl is unknown. Children’s advocate Mary Clarke said the facility was overcrowded – housing 70 wards when it only had the capacity to house 45.

The incident sparked national outrage and drew attention to the treatment of wards in state care, and the precautionary measures taken to care for the facilities which housed these wards.

The Glenhope Place of Safety in Maxfield Park, St. Andrew, was closed following a fire at the facility in November 2011. Chief Executive Officer of the Child Development Agency (CDA), Carla Edie, was reported as saying that as a result of the fire, a decision was made to relocate 66 wards, adding that seven of the 73 wards of the state, who were residents at the facility, were missing. The home housed girls between the ages of 12 and 18.

Two girls aged 12 and 16 died in a fire at the Walker’s Place of  Safety on Lyndhurst Crescent in St. Andrew on January 16, 2018. Thirty-four other children at the facility have been accounted for and were taken to a nearby Church. The Walker’s Place of Safety serves as a transitional residence for children, generally up to 12 years old, who have been abandoned or removed from their homes because of unstable conditions.