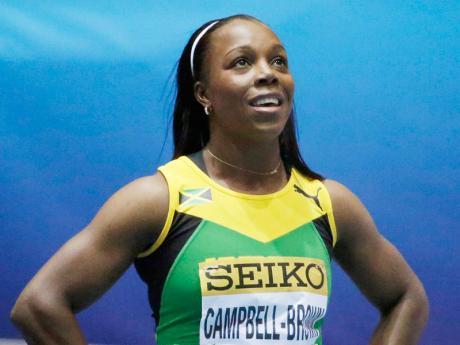 One of the most decorated sprinters in history, Veronica Campbell-Brown has been a staple of Jamaican athletics since her high school days, when she dominated ‘Champs’ for Vere Technical. She has represented Jamaica at every level and has medals of every description to show for it.

Rio 2016 is her fifth Olympics, and she has seven medals (three gold, two silver and two bronze) to her name. She is also one of only two women in history to win two consecutive Olympic 200m titles. Although she is approaching the twilight of her career, VCB is still in the medal-winning business, as proven at last year’s Beijing World Championships when she claimed bronze in the 200m, her pet event. Let’s take a look at the sprint queen’s storied Olympics career:

2000 – Sydney, Australia: The 18-year-old made the Olympics team as part of the 4x100m relay pool, and helped the team, also featuring Tayna Lawrence, Beverly McDonald, Merlene Frazer and Merlene Ottey to a silver medal.

2004 – Athens, Greece: It was Campbell’s time to shine this go-round, and shine she did. The 22-year-old won bronze in the 100m and truly showed her mettle in the 200m, which American Allyson Felix was heavily favoured to win. In perhaps one of the best displays of curve running we have ever seen, Campbell came off the bend like a rocket, holding her form down the stretch to deny the fast-finishing Felix. She was the first Jamaican and Caribbean woman to win Olympic sprint gold. There was not a dry eye amongst Jamaicans watching the ensuing medal ceremony as our tears flowed right along with hers when the national anthem was played and the flag hoisted. And there was still more in the tank, as she anchored the 4x100m team of Lawrence, Sherone Simpson and Aleen Bailey to golden glory in 41.73 seconds, a new national record. It also marked the first time a Jamaican team won the 4x100m relay at the Olympics.

2008 – Beijing, China: The high of another three-medal haul at the Osaka World Champs in 2007 was eclipsed at the 2008 national trials, when Campbell-Brown finished fourth in the 100m final and did not qualify for the event. However, she won the 200m final and successfully defended her Olympic title. The 4x100m team, also featuring Shelly-Ann Fraser, Sherone Simpson and Kerron Stewart failed to get the baton around, so there were no more medals to be had.

2012 – London, England: Campbell-Brown made both the 100m and 200m teams this time around, and won bronze in the former behind compatriot Fraser-Pryce. She finished fourth in the 200m, but would bounce back in the 4x100m final, as Jamaica claimed silver behind the world record setting Americans.

Does VCB have another medal-winning performance left in the tank for Rio 2016? She is a proven competitor, and once she makes the finals, there is always the possibility that her signature top end speed can pull her through.