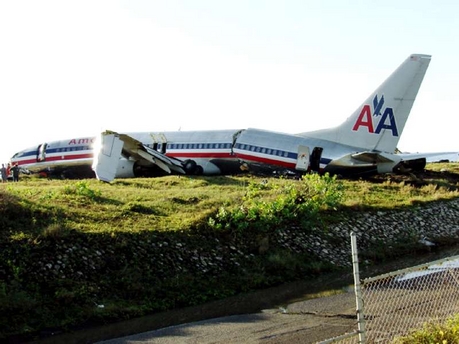 Wordless Wednesday indeed. Many Jamaicans were left speechless on December 22, 2009 as news broke that American Airlines flight 331 from Miami had overshot the runway at the Norman Manley International Airport in Kingston and crashed only a few feet away from the sea along the Port Royal main road. There were no fatalities, but more than 40 passengers had to be taken to the Kingston Public Hospital.

After a delay of a little more than three years, the Jamaica Civil Aviation Authority’s crash report was scheduled to be completed by February 25. No further information has been forthcoming on the report.