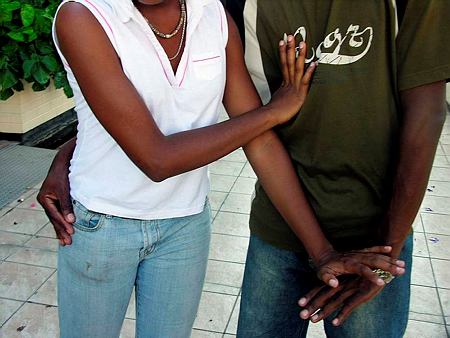 Sexual harassment is a hot topic these days, what with Jamaican cricketer Chris Gayle under fire internationally for asking a female reporter out during a live television interview. The subject is fraught with controversy worldwide, and in Jamaica, it is no different. Women and girls are more likely to be victims of sexual harassment, everything from unwanted catcalls to physical intimidation. It is seen by many as ‘part of our culture,’ nothing more harmless than a man ‘looking a woman,’ with the implication that this attention should be welcomed. In fact, in some cases, resistance of these calls and innuendos in the streets can lead to a sound telling-off.

Sexual harassment in the workplace is also a serious concern, and for years, Jamaican lawmakers had promised to take legislation to Parliament to address the controversial issue. The first big step to having an anti-sexual harassment law on the books was taken in March 2014 when it was announced that a draft bill would soon be in the hands of Cabinet for its perusal. Last December, the Sexual Harassment Bill was finally tabled in Parliament.

The proposed legislation prohibits unwelcome physical contact or advances of a sexual nature, such as a demand or request for sex or sexual favours, and provides a framework for offenders to pay civil damages in court to persons whose feelings have been injured or who have suffered humiliation as a result of sexual harassment. It defines sexual harassment as “the making of any sexual advance towards a person, by another person, which is reasonably regarded as unwelcome, offensive or humiliating by the person towards whom the advancement is made.”

Here are some more notes from the Bill: