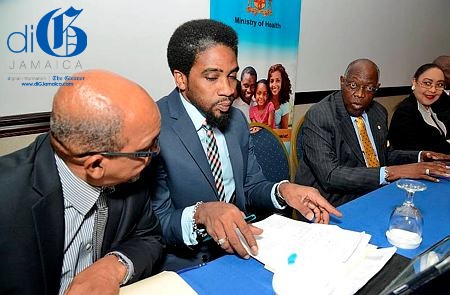 The much-anticipated report of the audit of the health sector has just been released, following months of waiting. It’s early release has been precipitated by the controversy surrounding the bacteria related deaths of 19 babies in the neonatal wards of the University Hospital of the West Indies in St Andrew and the Cornwall Regional Hospital in St James.

The audit was commissioned by Minister of Health Dr Fenton Ferguson in May 2015, following complaints by the Jamaica Medical Doctors’ Association (JMDA) about inadequate supplies at health facilities. The JMDA had said that the lack of supplies and proper equipment was hampering the delivery of healthcare in the public sector.

It was initially scheduled for public release in early September. However, only a summary – the ‘Audit Report – Regional Health Authorities (RHA) Summary Report’ was released. The RHA summary report states that an internal audit was conducted within the four regional health authorities to “determine safety and functionality of the systems” and was in response to “several concerns raised about the status of public health facilities.”

The full Audits into the Operations of the Management of the Regional Health Authorities can be found here. We will be sharing some of the findings on our Facebook and Twitter pages, so make sure you’re following us for the updates.