Over in the East, once formidable commodities trader Noble Group is struggling amidst a heavy debt load, ratings downgrades, allegations of fraudulent accounting, asset sales and a crashing stock price. 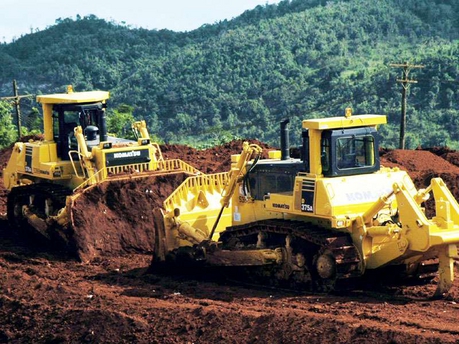 Noble Group is a diversified commodities trader dealing in oil, natural gas and non-ferrous metals (like alumina). It was founded in Hong Kong in 1986 but later moved to Singapore. In 2015, a small research firm called Iceberg Research produced a report suggesting that Noble “had been reporting higher net profits than the sums it was generating from its cash sales”.

It has recently sold it’s entirely holdings in North American energy distribution worth more than US$1bln and its agricultural holdings for more than US$2bln.  The company has over US$2bn in debt to roll over soon and a recent possible investor, Sinochem from China, has decided it no longer wants to invest at this time.

It’s stock market capitalization has plummeted from US$1.2bln on May 10, 2017 to about US$400mn on May 23, 2017. This is a stark contrast to the company’s market cap of US$6bln on February of 2015. In addition Noble was downgraded to CCC+, or junk by S&P. The South China Morning Post stopped just short of comparing the entity to Enron.

What is Noble’s relationship with Jamaica?

Noble Group purchased 55% of Jamalco from Alcoa in 2014 for a reported US$140mln. The other 45% of Jamalco is retained by the Jamaican Government through an entity called Clarendon Alumina Partners (CAP). As part of the arrangement Alcoa was kept on to manage the plant for three years.

The deal provided Noble with an estimated 778,800MT of alumina annually based on Jamalco’s production capacity. (See http://jamaica-gleaner.com/power/56026).

What if Noble goes bankrupt?

Jamalco, however, being an efficient producer, is well positioned to be in high demand should Noble decide to sell its assets.