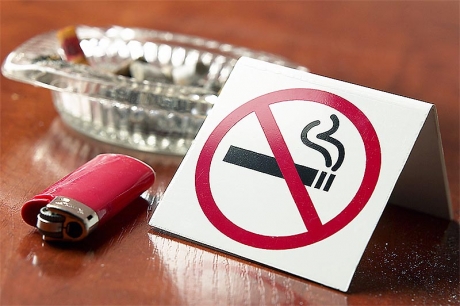 Health Minister Dr Fenton Ferguson announced a ban on smoking in public places last Tuesday during the Sectoral Debate in Parliament. The ban takes effect on July 15. Under the injunction, it will be an offence to smoke tobacco in certain prescribed public spaces, including all enclosed places, public transportation, workplaces, government buildings, health facilities, sports, athletics and recreational facilities, educational facilities, areas specifically for use by children, and places of collective use such as bus stops.

Violation of the ban comes with a hefty price tag – offenders are liable for a fine of $50,000 and/or three months’ imprisonment for the first offence. In the case of a second conviction, offenders face up to $500,000 in fines and/or jail time of six months, or up to 12 months’ imprisonment for subsequent offences. Penalties will also be levelled against owners, managers and lessees of premises where breaches of the regulations occur.

This is the most significant step Jamaica has taken towards fulfilling its obligations under the World Health Organization Framework Convention on Tobacco Control, which it ratified eight years ago. The WHO FCTC was developed in response to the globalisation of the tobacco epidemic, which accounts for an estimated 443,000 deaths per year. A single cigarette contains more than 7,000 chemicals, 70 of which are known to cause cancer (see 5 Facts on Smoking for more information.) Last week, we did a little diGging and found that out of the total deaths caused by a malignant cancer, cancer of the larynx, trachea, bronchus and lung have been reported as cause of death in 14 per cent of the cases in 2008 and 2009, 12 per cent of the cases in 2010 and 13 per cent of the cases in 2011. Additionally, coronary heart disease, to which smoking can be a contributor, is responsible for 17.2 per cent of all deaths. Hypertension and diabetes are also complicated by smoking and these diseases are highly prevalent in the country.

With this ban, Jamaica is on its way to reducing the prevalence of smoking-related diseases and deaths, which means a correlating reduction in the amount of money authorities needs to spend to treat them – currently around $17 billion, or 53 per cent of the central government’s annual health budget. Jamaica is on the right track, as a recent study published in the Bulletin of the World Health Organization indicated that tobacco control measures put in place in 41 countries between 2007 and 2010 will prevent some 7.4 million premature deaths by 2050.

Since the announcement, many Jamaicans have weighed in on the issue on various platforms, from talk shows to comments on newspaper articles and via social media outlets Facebook and Twitter. Many have been in support of the ban and some have dissented, while others have raised concerns about issues such as the short period of time between the minister’s announcement and the enforcement of the ban, the severity of the fines and how effectively the regulation will be enforced.

Local tobacco marketer and distributor Carreras Ltd has also voiced its opinion on the ban, claiming there is ambiguity on the specific guidelines of the tobacco-control regulations. The company said it is “awaiting the specifics of the regulations so as to avoid misinterpretations, chaos and (any) confusion that may result in light of the current ambiguity.”

What do you think about the ban on smoking in public places? Share your thoughts with us in the comments below or on Facebook or Twitter.