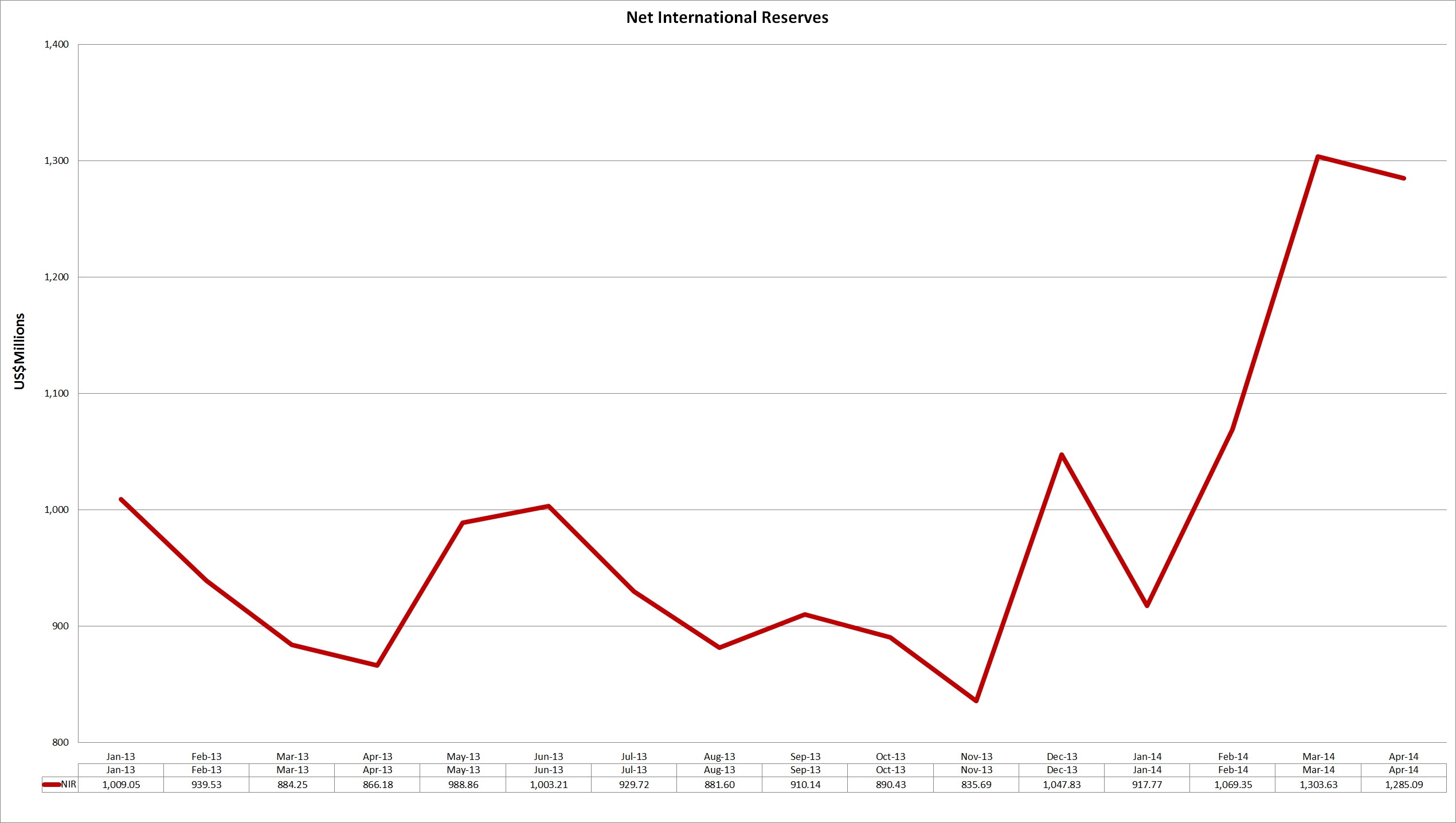 A central part of the 4-year economic arrangement between Jamaica and the IMF are the performance criteria to be met. The Net International Reserves (NIR) is one such monetary target that has to meet or exceed the criteria set or else the country will fail to pass its economic quarterly review conducted by the staff of the IMF.

In March, the NIR reached US$1.3 million exceeding the IMF target of US$1.05 million that was set for the March 2014 quarter. Read more here .

The central bank’s end of April reserves balance was US$1.285 million, representing 14.08 weeks of goods and services based on the estimated value of imports for the 2014/15 fiscal year. This also represented a 1.4% decline from the end of March balance showing that the reserves have already started to slip since meeting the March quarter target.

diGgers look out for our feature on the 1st anniversary of the 4-year economic programme and the update on the IMF’s 4th quarterly review.