Jamaican music was built on bands, from the likes of the dynamic Skatalites, to the global phenomenon that was The Wailers and the powerful Third World. However, over the years, bands have faded into the background as solo artistes occupy the spotlight. Many of these backing bands are more than just intsrument players, but equally talented vocalists and songwriters with something to sing for themselves. So today, we take a look at some of the local bands who are doing just that. 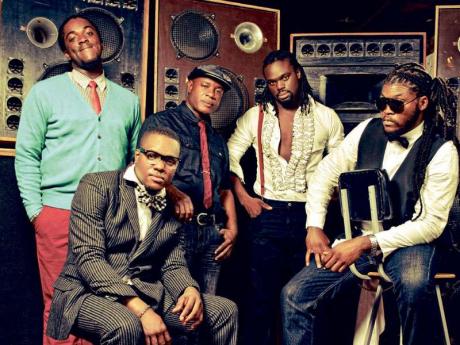 The band was born in 2001 in Room 13 at the Edna Manley College of the Visual and Performing Arts’ music school, with original members Aeion ‘Yaaka’ Hoilett, Dwain ‘Wiya’ Campbell and Ordean ‘Bingy’ Francis. During its first two years, the band honed its craft at weddings, school concerts and other small events. Guitarist Lamont ‘Monty’ Savory (who also plays for Tessanne Chin) was added to the group during this period. Later on, Randevon ‘Randy’ Patrick replaced Francis as the drummer. They remain the core of the group, while Chevaughn Clayton also lends his skills as lead vocalist and percussionist.

The band has also represented Jamaica on several occasions, including the Jamaican Independence Celebration held in Beijing, China. Upon returning to the island, they released the single No More,which recievd international recognition, making radio charts from Africa to Europe and parts of the Caribbean. C-Sharp has also worked with Third World’s Ibo Cooper, Robert and Jenieve Bailey, Taurus Riley, Abijah, Queen Omega, Turbulence, Queen Ifrica and Tony Rebel, who was the first artiste to carry them on the road. 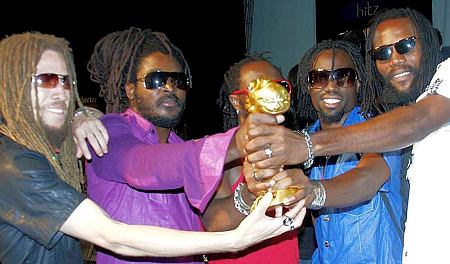 The five-man group, formed in 2008, comprises Horace ‘Kamau’ Morgan, Luke Dixon, Strickland Stone, Omar ‘Jallanzo’ Johnson and Deleon ‘Jubba’ White – and occasionally includes a sixth member, Craig McCalla. However, Stone and White have been playing together for many years, helping to develop the sound of modern roots reggae. The band is incredibly versatile, famous for “heavy basslines, one drops, psychedelic guitar riffs, echoing keyboards, popping percussion and conscious lyrics” and combines all of these sounds to play roots reggae, dub and even rock. This versatility helped them secure the title of voted ‘Best New Band in the World’ 2010-2011 at the Global Battle of the Bands World Finals in Malyasia in February 2011.

The name Dubtonic is a mixture of two words – ‘dub,’ relating to the heavy drum and bass aspect of reggae music and ‘tonic,’ referring to medicine, and the band considers its unique offerings to be medicine to the listener’s soul. The band has released three full-length albums: Dub Tonic in 2011 and Evolution in 2013, both preceded by Jubba & Stone in Jungle Fever in 2007. Listen to more on SoundCloud. 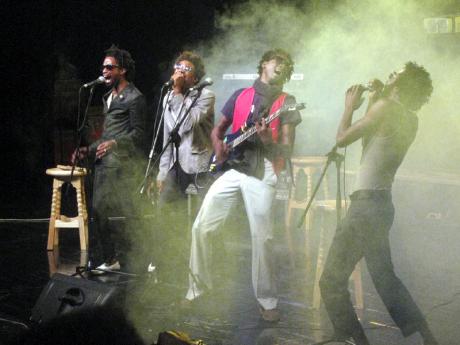 Combining dub poetry and music, No-Maddz had carved a unique niche for itself in the Jamaican entertainment landscape. The group, comprising Sheldon Shepherd, Everaldo ‘Evie’ Creary, O’niel Peart and Christopher ‘Birdheye’ Gordon have certainly come a long way from its beginnings at Kingston College in 2000. Known for their electrifying live performances and socially conscious messages often mixed with a touch of humour, the group has seen its star rise in recent years. A endorsement deal with sports apparel giant PUMA saw the band being exposed to the international market, touring across Europe in 2011.

No-Maddz’s appeal is the group members’ quirky personalities and styles, but the music speaks for itself, with elements of reggae, alternative, world, blues, jazz, funk, big band, pop, dub step, lovers rock, r&b and even hip hop mixed in with the dub poetry. They are often supported by percussionist Christopher ‘Upner’ Downer, or a full band, Dihaadhaadban. The group released its debut album, a live project, in 2010 called The Trod – Live. Their second album, Sly and Robbie Presents No-Maddz, was released earlier this year. They have also released two EPs – Sort Yuh Life Jamaica in 2012 and New Bread Order in 2013.

Another unique fact about No-Maddz is that each member of the group has won the prestigious Prime Minister’s Youth Award for Excellence on his own merit. Shepherd and Creary are also accomplished actors. The former won the Best Actor award at the American Black Film Festival in 2012 for his leading role in Better Mus’ Come.