September 2012 saw exports fall by 23% compared to August. Thankfully, imports also fell by 20% compared to August.  As such, although there was still a Trade Deficit, it was 18.6% less than the one in August. Unfortunately, if you add the months July to September, and compare them to January-March and April-June, the July-September quarter had by far the largest trade deficit of the three periods.

It is not surprising that Jamaica will probably end another year with a Trade Deficit (Imports greater than Exports). Given this nation’s predicament, diGJamaica has decided to label our Trade Balance, as a Trade Imbalance until something can be done to bring exports to even half the level of imports.

Why do we call it a Trade Imbalance, let’s look at the pretty picture below – there’s by FAR more red than blue here indicating FAR more imports than exports: 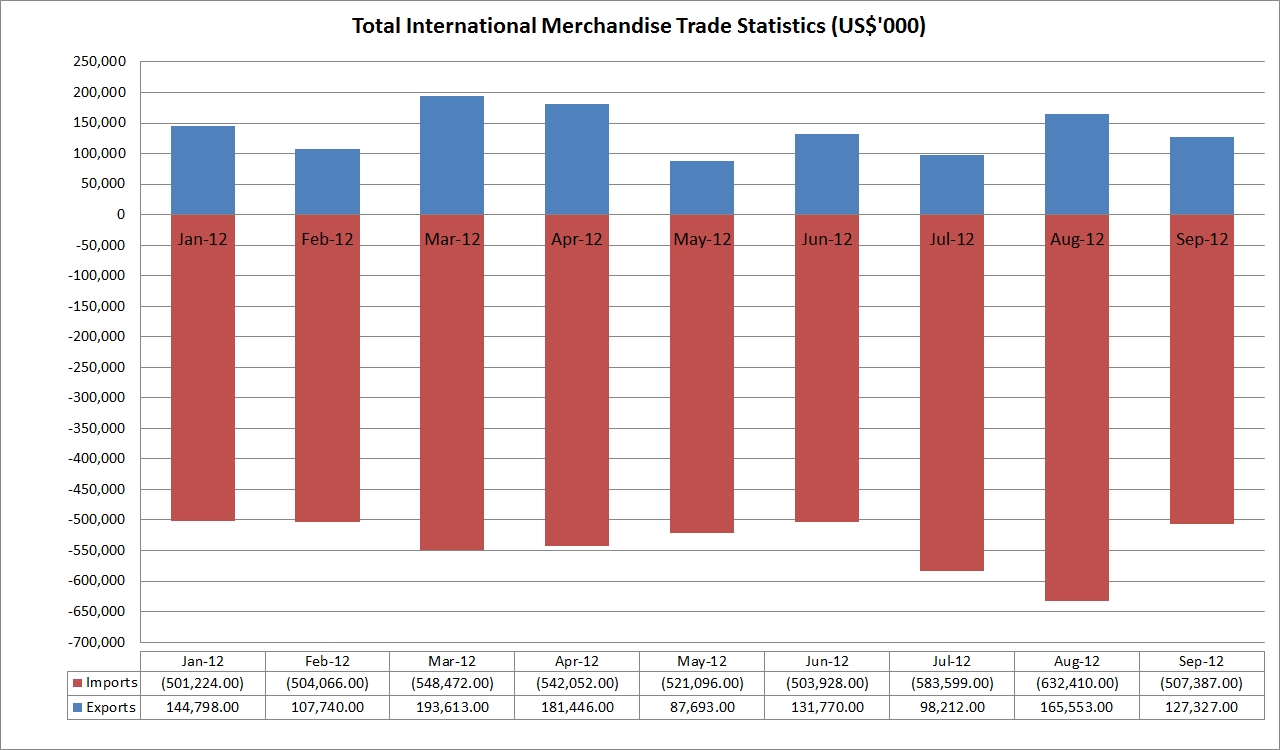 As of September 2012, Jamaica’s Trade Imbalance was US$-3.6Bln. We have barely exported US$1.24Bln worth of “stuff”, seen broken down in the chart below:

While importing more than US$4.8Bln worth of “stuff”, that means Jamaica’s exports is at 1/4 the level of its imports:

What are your thoughts on the matter?