Unfortunately, however, it has it fallen behind by 0.3% as compared to the period January through October 2011. 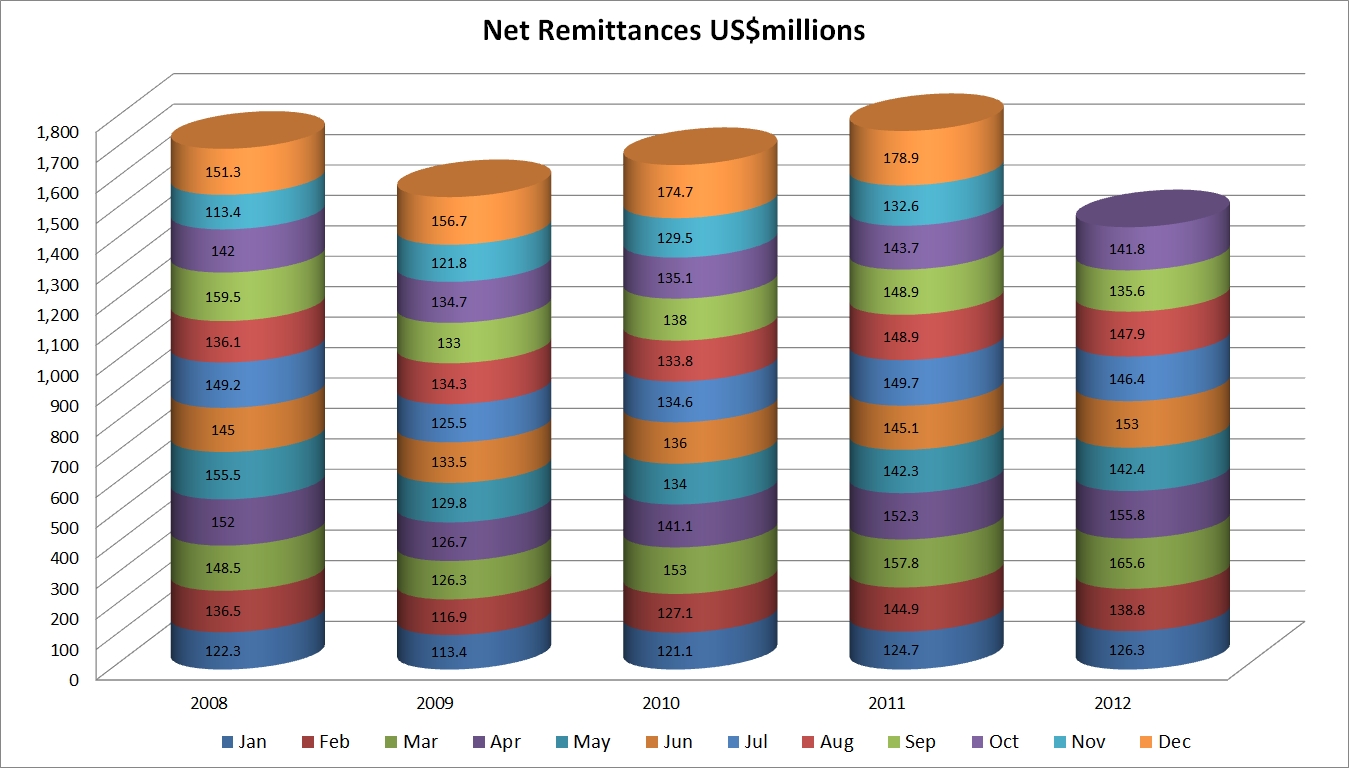 The chart above is from the diGJamaica data archives.  Find more on diGJamaica’s BUSINESS tab.  What do you think about Jamaica’s remittances going into 2013?