The Miss Jamaica Florida Pageant has been a staple in the South Florida diaspora community for the past 25 years. First held in 1990, it was the brainchild of the late Bernard Anthony Baker. He migrated to the States from Canada and was determined to “help in developing young men and women into talented and cultural individuals, in order to enhance their lives with grace, charm, and etiquette.” To aid his efforts, he started Anthony Baker Incorporated (ABI) and after marrying Marcia Rigg in 1988, the couple ran the organisation together.

Baker passed in 1997, but ABI, under Riggs-Baker’s management, has continued to inspire young women in the South Florida diaspora community. ABI has partnered with the non-profit Partners for Youth Foundation to continue staging the pageant as its annual fundraiser supporting the platform of promoting the arts and giving back to the Jamaican community. Each year, the funds are donated to orphanages, hospitals and other charitable organisations in the community. 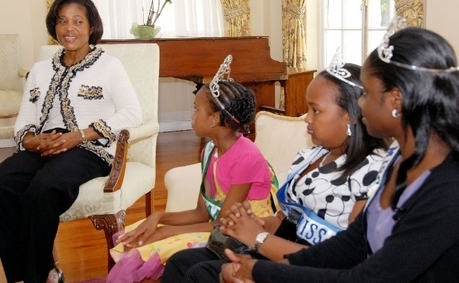 The foundation offers a great opportunity for young women of Jamaican descent in Florida as they get to expand their horizons by becoming involved in their communities through local cultural activities, volunteering, with Kiwanis clubs, the Footprints Foundation among others.  They also receive leadership and social interaction skills training along the way.

Four young women are crowned each year in the categories Little Miss, Junior Miss, Miss Teen, and Miss. The winners are called ambassadors. Among their prizes is a four-day trip to Jamaica, where they have meet with government officials and other dignitaries, and participate in humanitarian projects adopted by the Partners for Youth Foundation, namely the Jamaica National Children’s Home and the Bustamante Hospital for Children. They also get to tour various attractions across the island.